In the digital age, art exhibits don’t have to be at physical locations and the art can be a 3D experience without being tangible. 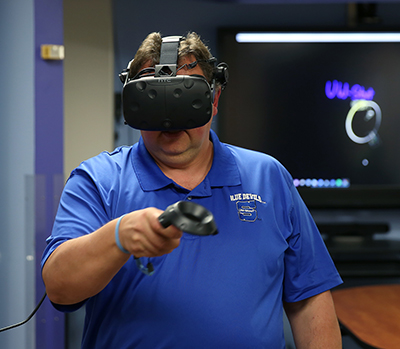 The University of Wisconsin-Stout professor said the exhibit may be the first of its kind. It drew artists from five foreign countries and four states.

Tilt Brush allows viewers using virtual reality technology to see art from all perspectives, as if the viewer was walking around the art in the center of a room or it was big enough to climb inside.

Tharp went one step further to make the art accessible without virtual reality.

“The submissions were created in virtual reality, but using the poly.google.com website I was able to embed the three-dimensional sketches in a web browser so they can be viewed by anyone. It even works on a cell phone,” Tharp said.

“When you see the sketches, you can use your mouse or touch screen to navigate around in the sketch with what we call six degrees of freedom. That means you can move on any axis, x, y or z, and look in 360 degrees from any location. It gives the ability for the person to explore throughout the sketch,” Tharp said. 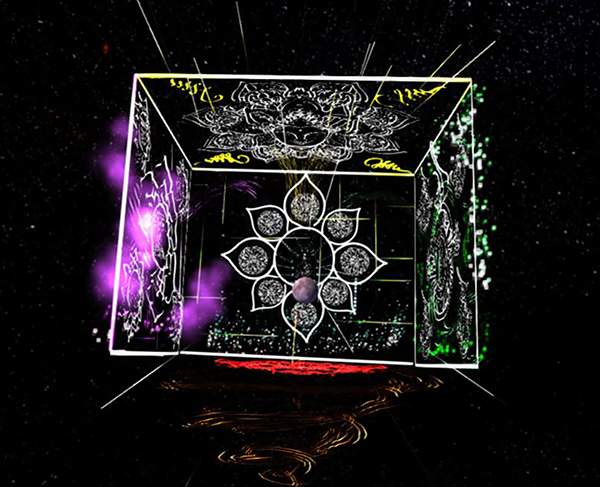 “It allows you to break physics, like going through the thing you are looking at to see what is inside of it,” he added.

Tharp, an associate professor of digital marketing technology, conceived and coordinated the exhibit.

“Virtual Reality is creating a host of opportunities for creative expression. There was a need for a peer reviewed exhibition of this new form of art/communication,” Tharp said.

The submission categories ranged from novice to professional. Submissions were accepted in early October, and the winners were announced in mid-October. Of the 17 submissions, 14 were included in the exhibit, including one by Tharp, “The Beast Watches the Map.” 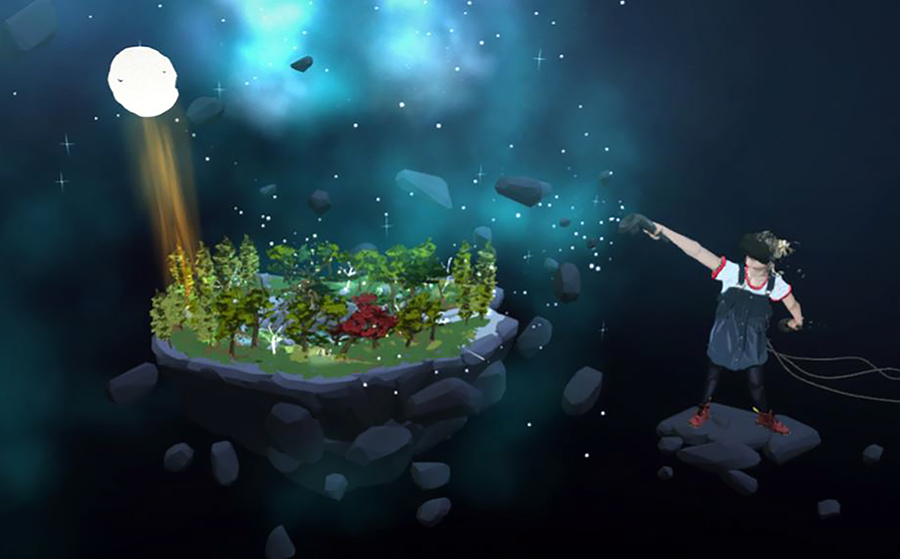 Awards, based on peer reviews, went to:

Of his submission, Karnchanapayap said it was “developed as a part of a doctoral thesis on how user immersion in virtual environment can enhance the audience’s experience. The installation depicts the moment of Buddha’s enlightenment as a room-scale experience, the Cube of Enlightenment.”

Tharp plans to feature some of the artists in an upcoming edition of the Digital Marketing Technology Research Journal, which is part of UW-Stout’s digital marketing technology undergraduate program.

The project is an extension of Tharp’s personal Perceptive Reality Project, or virtual reality research.

“Cube of Enlightenment” by Gomesh Karnchanapayap of Thailand was named Best in Show in the Virtually Tilted art exhibit created by a UW-Stout professor.

“My Reality” was created by Rosie Summers. 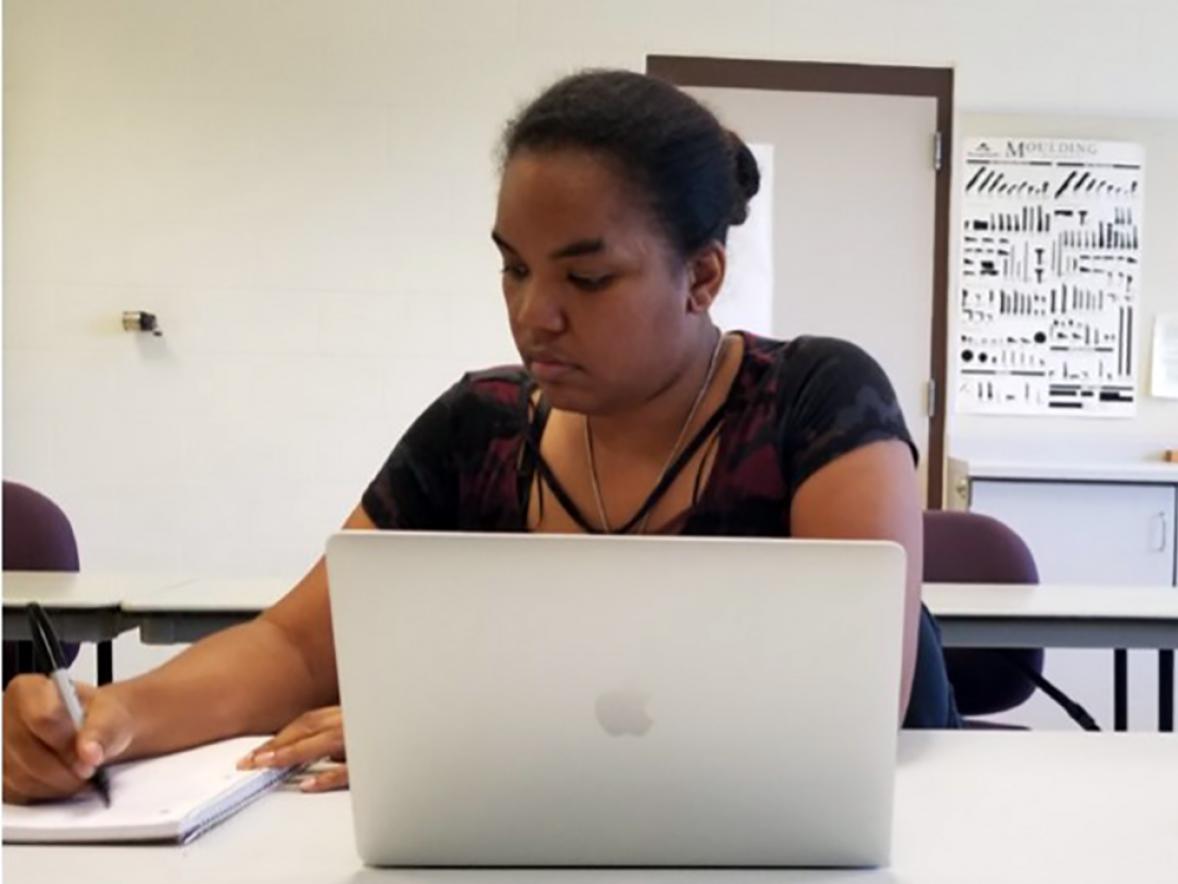 For many years, Michelle Bryant has dreamed of becoming an artist.
July 28, 2020 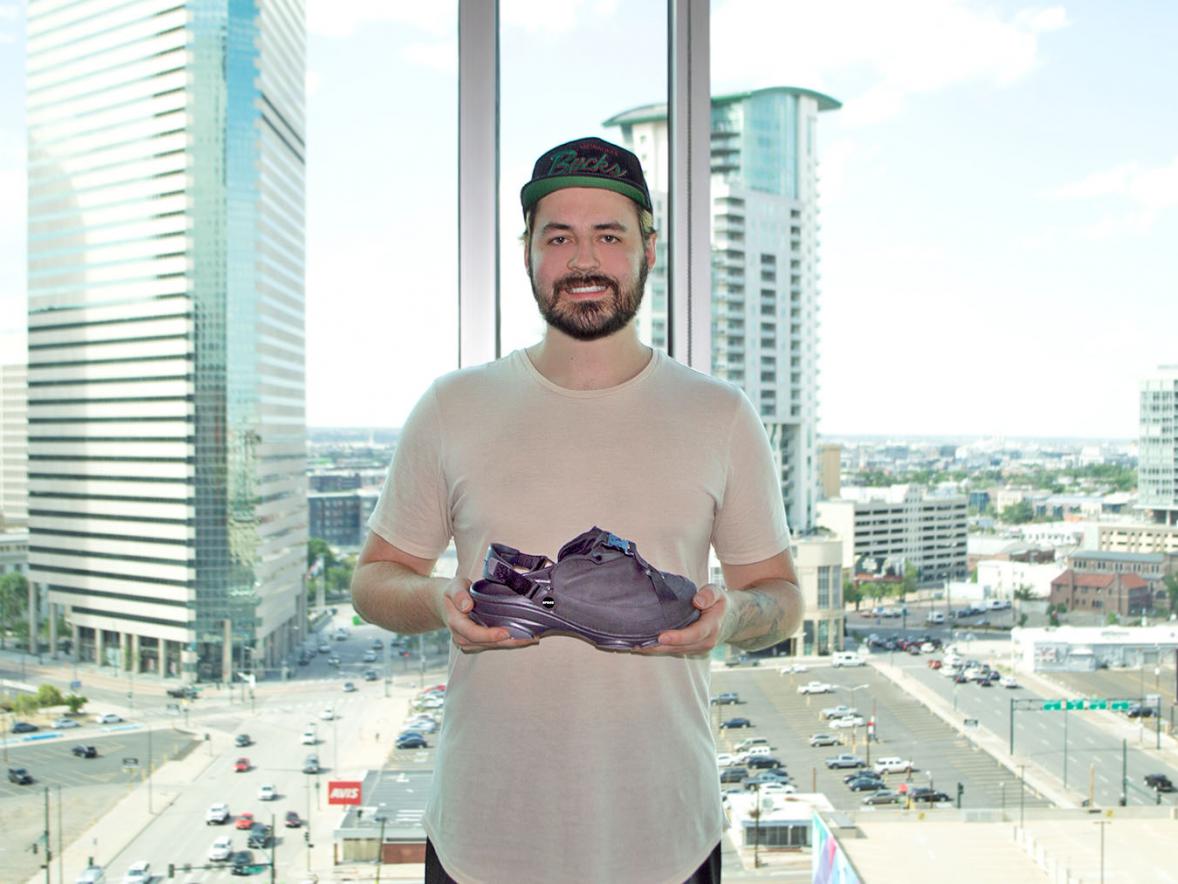 Mayhew collaborates on Crocs shoe that sell out during Pride Month
July 28, 2020 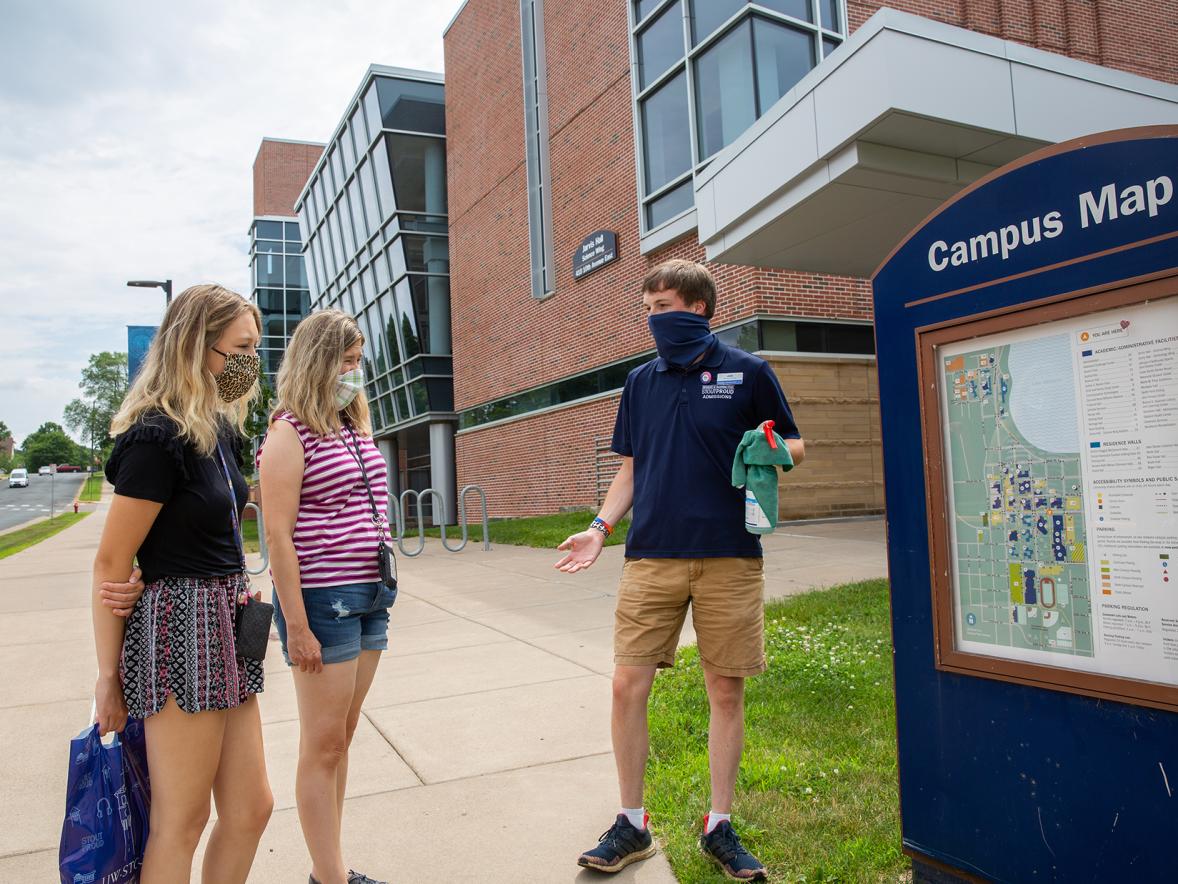 UW-Stout faculty and staff have been thinking differently about what a college education will need to look like this fall.
July 27, 2020 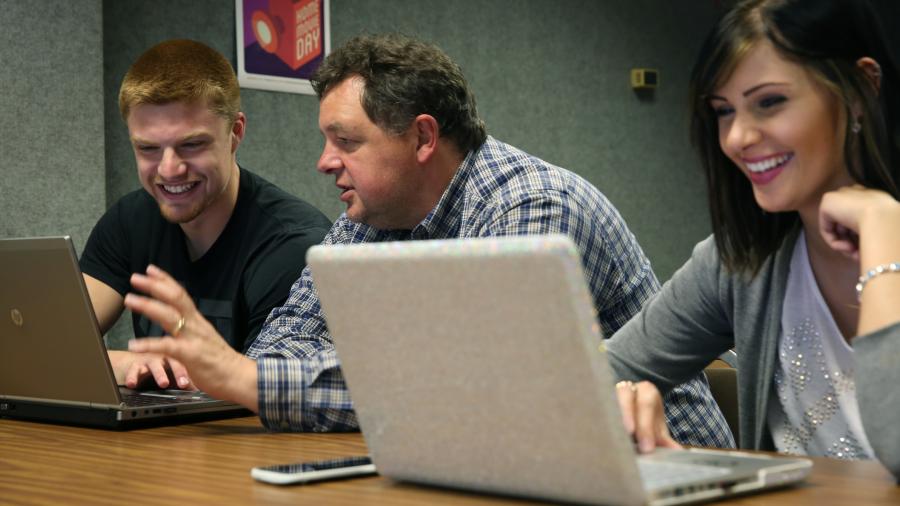