University of Wisconsin-Stout Chancellor Bob Meyer delivered his final commencement address Saturday, May 4, to more than 1,300 graduates, telling them to “never stop opening doors and pushing yourself.”

“You never know where life will take you,” Meyer said in the address, given at three ceremonies held throughout the day and evening at Johnson Fieldhouse. “Be open to the opportunities that come your way, and because you have a college degree there will be many.” 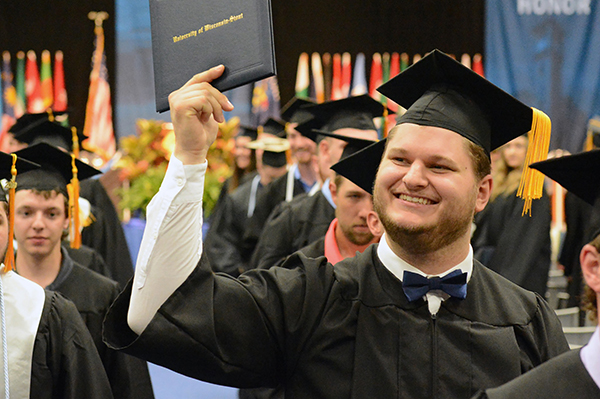 Meyer said graduates can make a difference in the world by “giving it all you’ve got,” adding, “Try to be a change agent, a contagion of optimism and positivity, and continue to learn. Be courageous. And be resilient.”

Earlier this year Meyer announced that he will retire in August.

Meyer also reflected briefly on what has transpired at UW-Stout since he became chancellor in August 2014, including an employment rate for graduates that has risen every year and sits at 98.7% for the 2017-18 class. 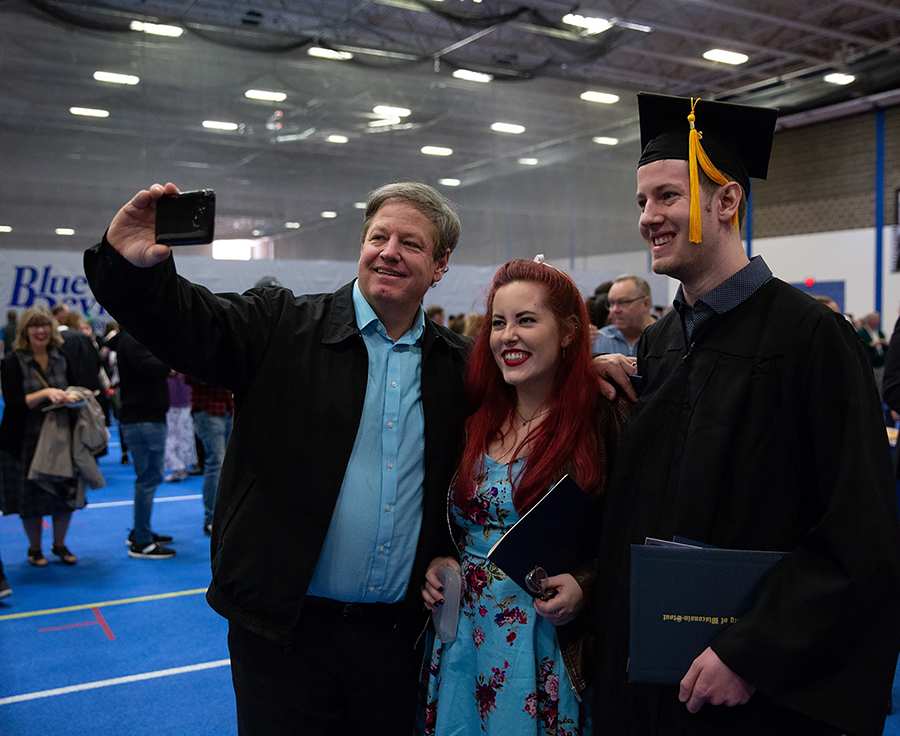 Private support has increased dramatically, he said, and five new academic majors have been added. A School of Engineering was dedicated, he said, and a Blue Devil Guarantee scholarship program was initiated for the 2019-20 freshman class.

Meyer credited “the amazing faculty and staff who have surrounded me” for what his administration has been able to achieve over the last five years. 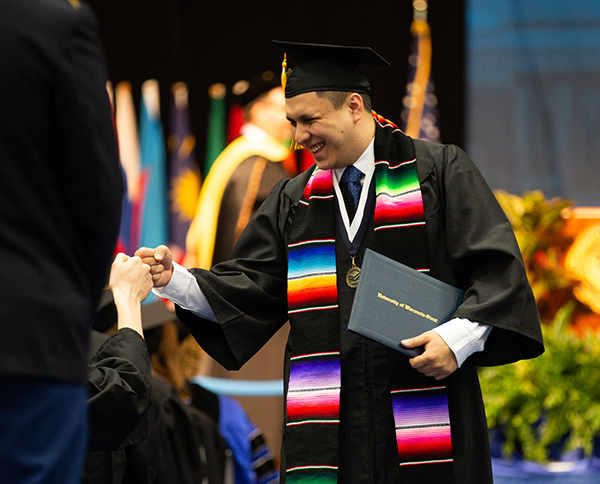 He came to the university in the 1970s as an undergraduate and went on to earn a master’s degree from UW-Stout as well. He worked as a faculty member, college dean and special assistant to the chancellor before leaving for a six-year term as president of Wisconsin Indianhead Technical College. He returned to UW-Stout in August 2014 and succeeded the late Chancellor Emeritus Charles W. Sorensen.

Meyer’s departing words to the graduates were: “As I prepare to leave this fine university, I’m glad that I chose UW-Stout almost 45 years ago as a student and then as a place of employment. It has been my life. I will leave here in August hoping that, in some way, I have given back even a small measure of what UW-Stout has given to me. Graduates, your future is bright. And I believe the future is bright for UW-Stout as well.” 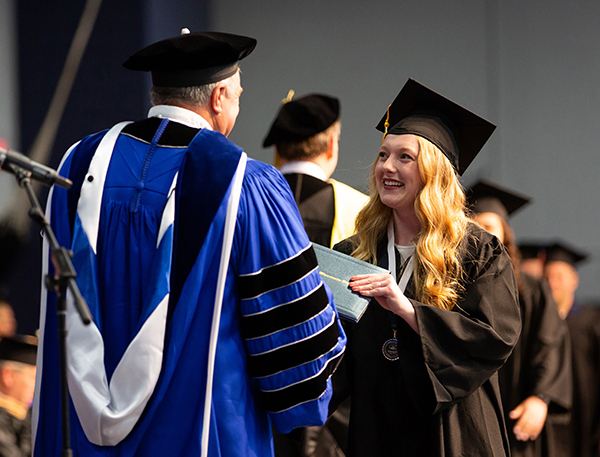 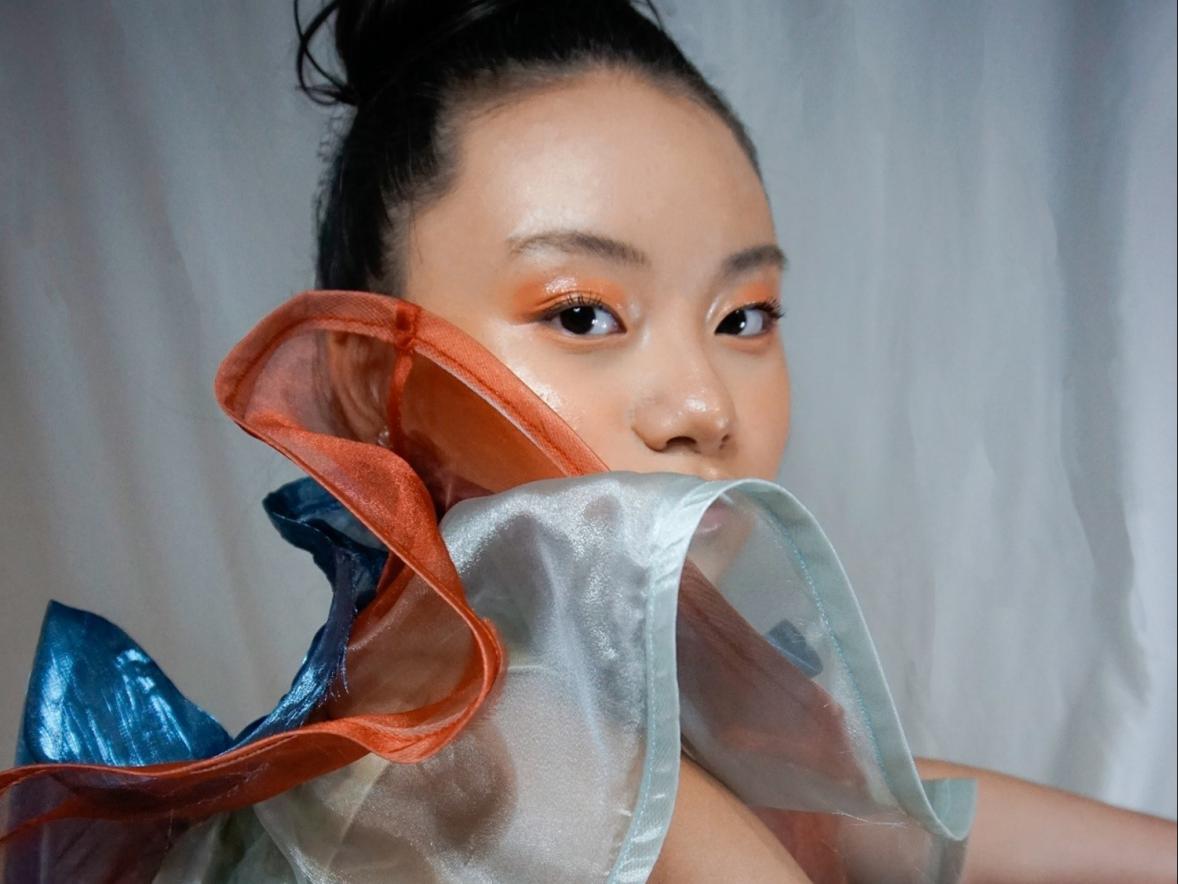 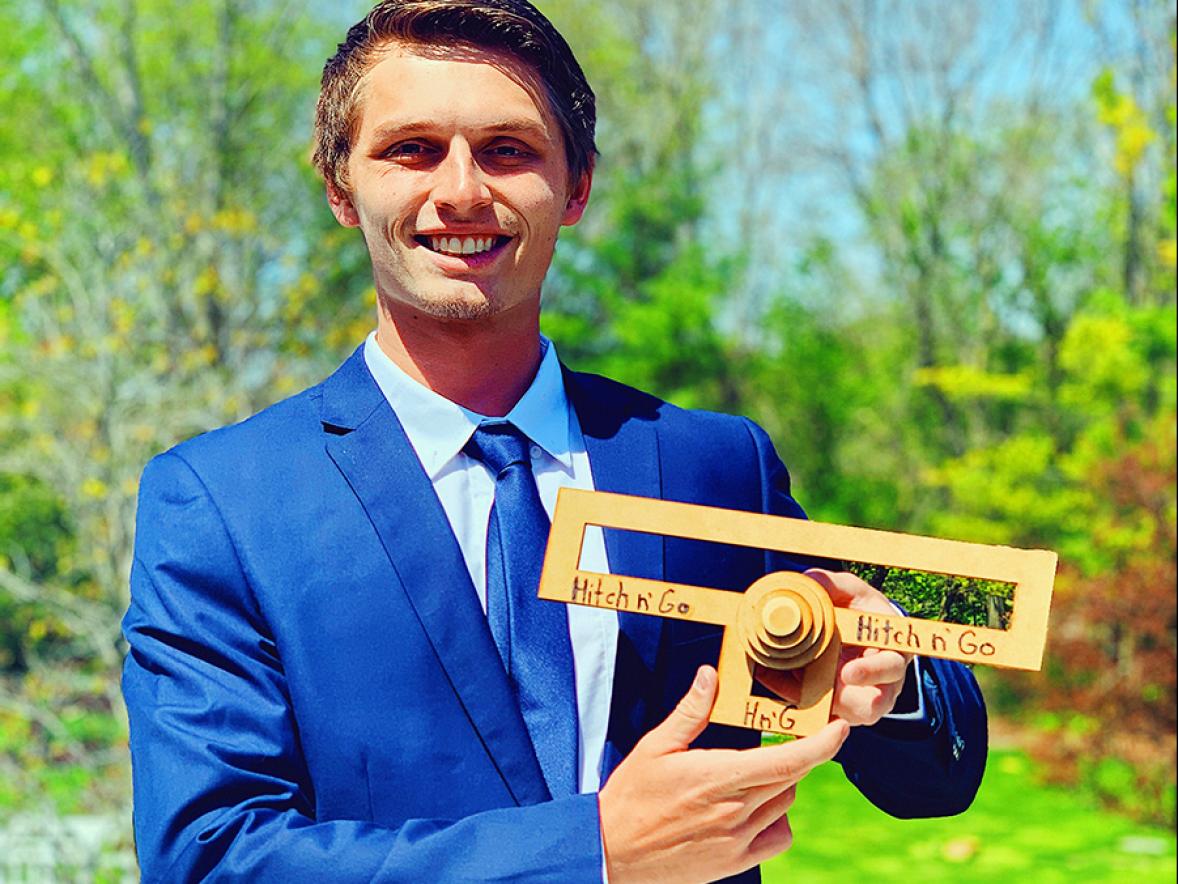 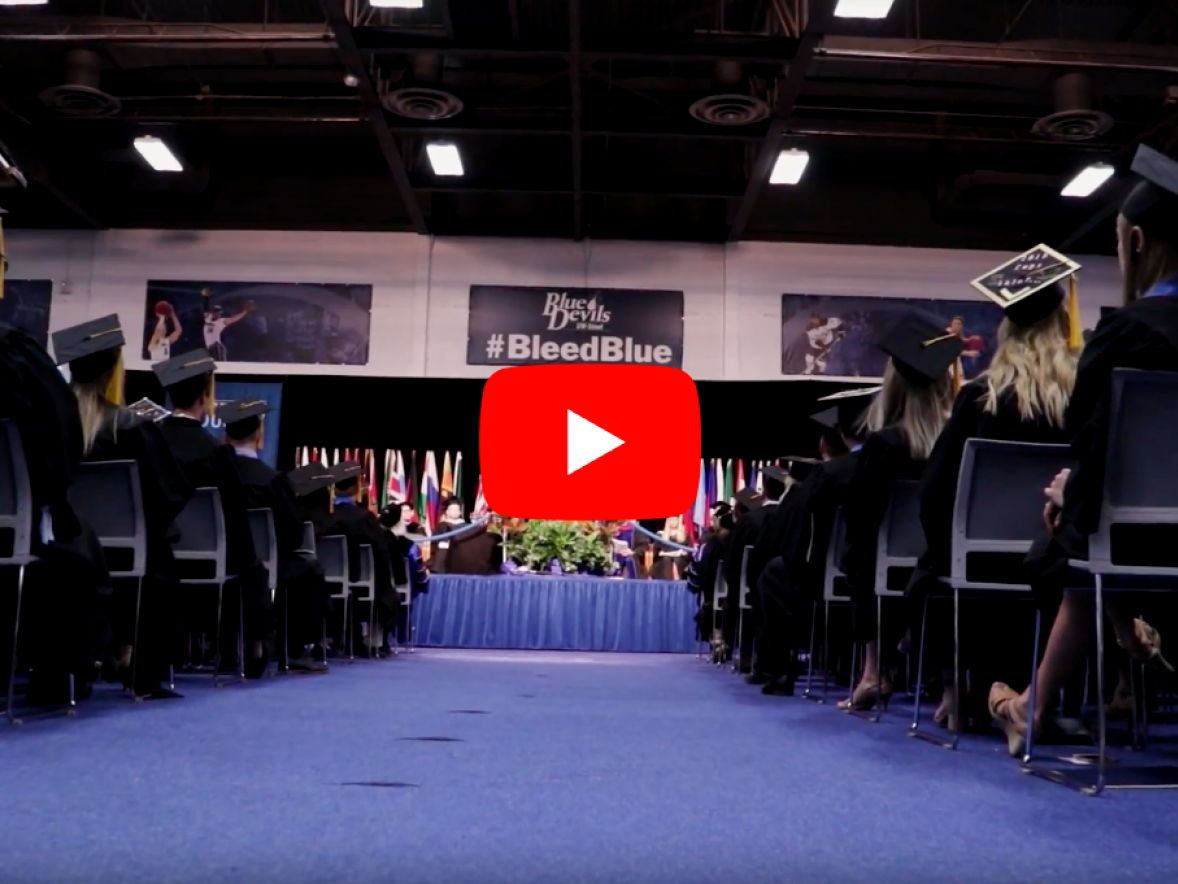 Congratulations to you, graduates. We’re glad we could be along for the ride, and we’re excited to see what the future holds.
Continue Reading