For 27 students from Colfax High School, it was a day in class unlike any other.

Recently, the Advanced Biology class at Colfax High School took a field trip to nearby University of Wisconsin-Stout. At Colfax they are studying human anatomy and physiology; this was an opportunity to go beyond the books and study the real thing. 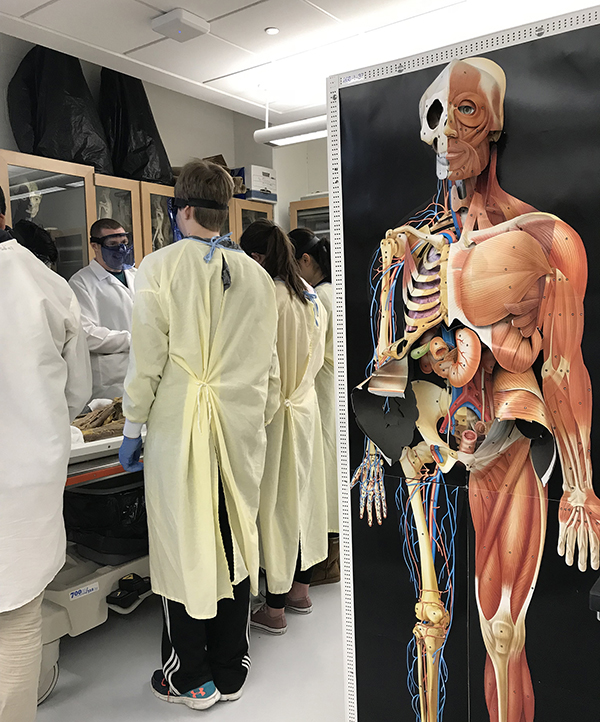 In the Jarvis Hall Science Wing Cadaver Lab — one of only two in west-central Wisconsin — the students in Mark Mosey’s class donned lab coats, gloves and goggles as they split into groups and examined male and female cadavers, the preserved, partially dissected bodies exposed except for the faces covered by white sheets.

Instructors pointed out the inner workings of the bodies, such as the circulatory, respiratory and reproductive systems. Layers of skin, muscles, veins and organs were visible. A heart and other organs were passed from student to student for closer inspection.

Mostly sophomores and juniors, they pressed in close to the cadavers on gurneys and asked respectful questions, curious and seemingly unfazed by their first experience in such an environment.

“It was a lot more unique than I expected,” said Devon Higgins. “I was definitely surprised at how taken apart the bodies are. It’s a field I’m definitely interested in and an opportunity most people don’t get.”

Before coming to UW-Stout, students had dissected deer hearts. They brought them in from the deer some of them or their relatives had shot during the fall hunting season.

Mosey was excited to have his students experience the big picture of human anatomy.

“It reinforced what we learned in school. To see an actual human is a nice tie-in to what we’re doing in the classroom,” said Mosey, in his 29th year of teaching science. “It’s a chance for students to use university-level equipment and be on a college campus.” 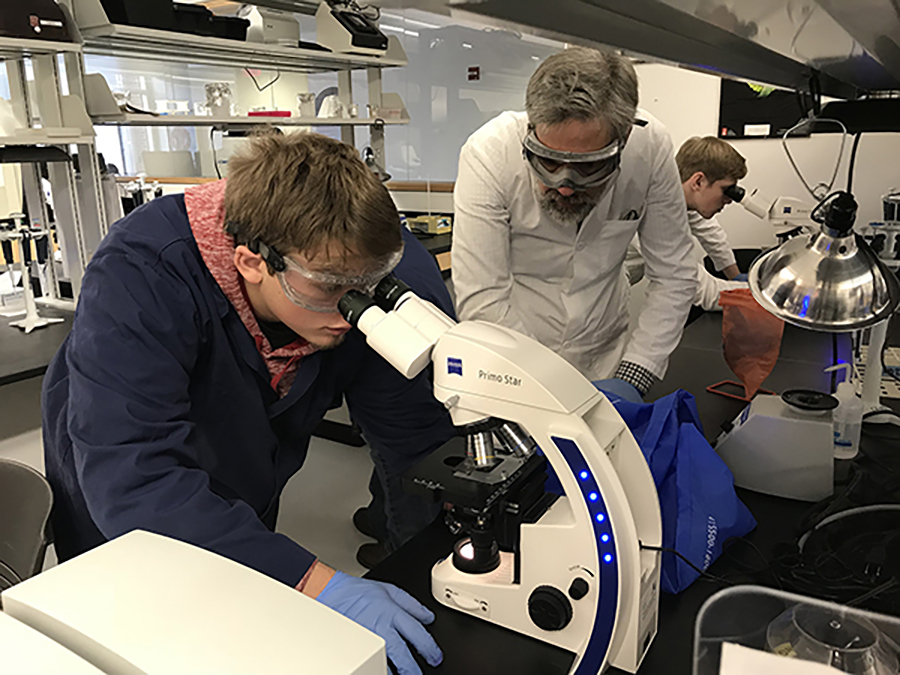 The truly hands-on experience is something student Morgan Jensen won’t forget. “They showed us the reproductive system. I’m looking at it and thinking, ‘That is inside of me. That’s how I work and what it’s actually like on the inside,’” Jensen said. “It makes you appreciate and want to take care of your body.”

She thought of the cadavers — students wondered and were told how they had died — as more than objects in a lab. “It’s brave of those people to donate their bodies to science because they’re helping people learn,” she said.

Students had two other experiences as part of their day. In a lab across the hall, they examined animal blood donated by local veterinarians. They took turns putting droplets of blood on microscope slides, smearing the droplets, staining the cells and observing red and white blood cells through microscopes. 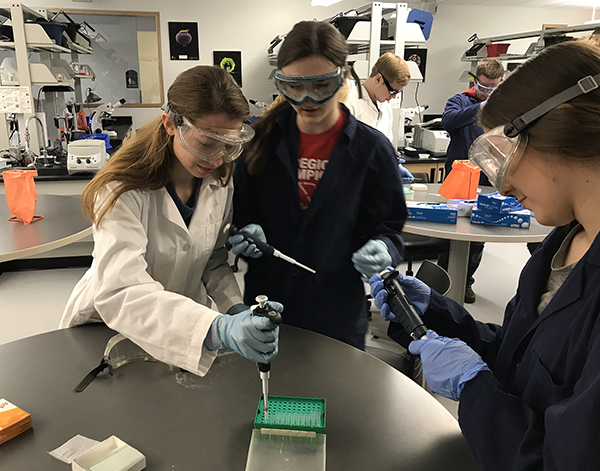 “It was almost like being a doctor. You were responsible for everything. It was really hands-on, and they trusted you to do it,” Jensen said.

“They really asked a lot of questions,” said Wrobel, of Rockford, Ill., a senior applied science major who had just finished a fall semester cadaver class. “I wish I had something like this when I was in high school.”

Students also learned from Hoage about UW-Stout’s Zebrafish Lab. Hoage served as a role model. She is a 2002 Colfax High School graduate and took biology from Mosey. She went on to earn an applied science degree from UW-Stout and a Ph.D. in biomedical sciences from Mayo Clinic Graduate School.

In a colorful PowerPoint presentation “Creating Zebrafish Models of Human Disease via Genetic Engineering,” Hoage explained how zebrafish have 80 percent of the same disease genes as humans, including those that cause Alzheimer’s, cancer and diabetes. Because of that, their similar organs, fast development time and the genetic tools available they make perfect research subjects, she said.

She discussed various techniques used to study the fish, such as injecting a fluorescent protein gene to make their hearts glow red.

Mayo Clinic in Rochester, Minn., has three zebrafish research facilities, and Hoage will be bringing zebrafish models of human disease from Mayo Clinic to UW-Stout. “They will provide great research projects for our students pursuing health care careers, especially those in our applied biochemistry and molecular biology major and our upcoming biology concentration in the applied science major,” Hoage said.

Students from Colfax examine one of the two cadavers at UW-Stout. 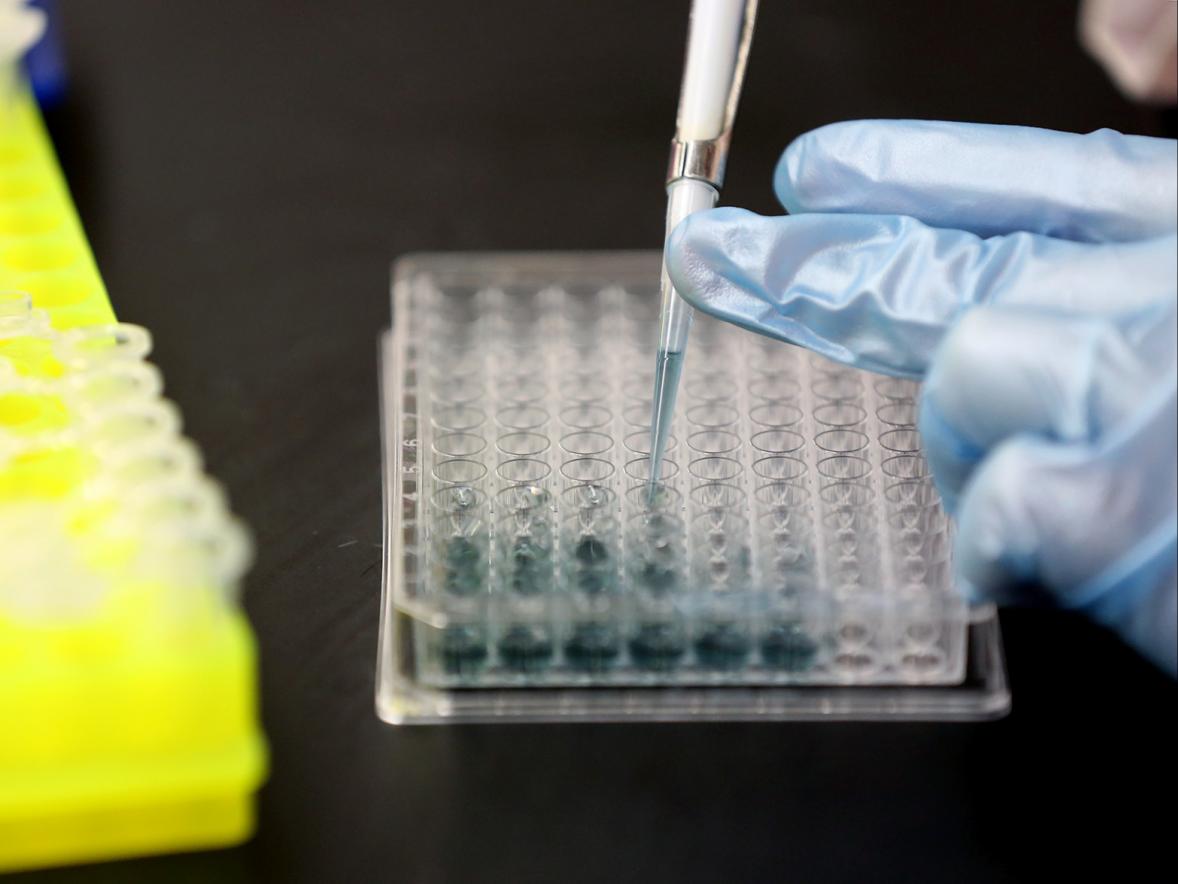 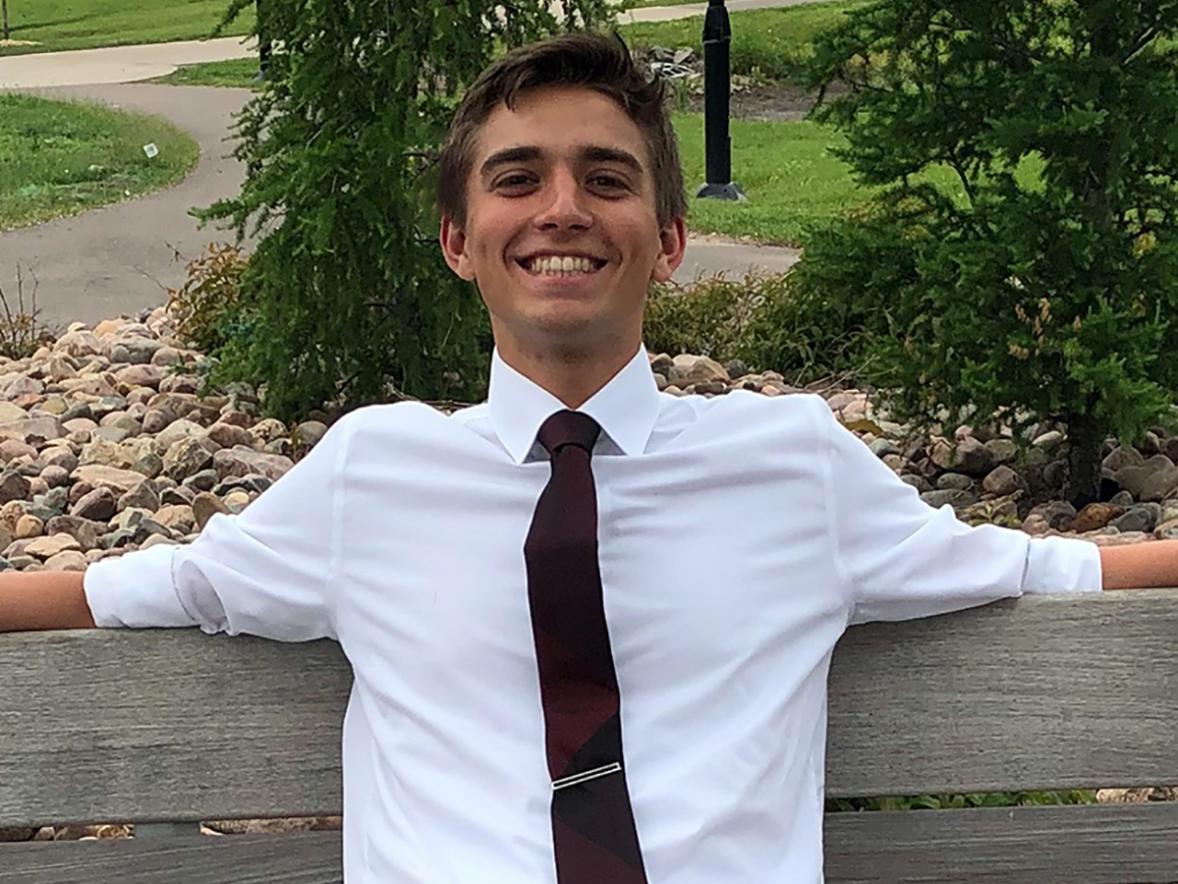 An invitation to a campus meeting was a 'pivotal moment' in his UW-Stout experience.
April 20, 2020 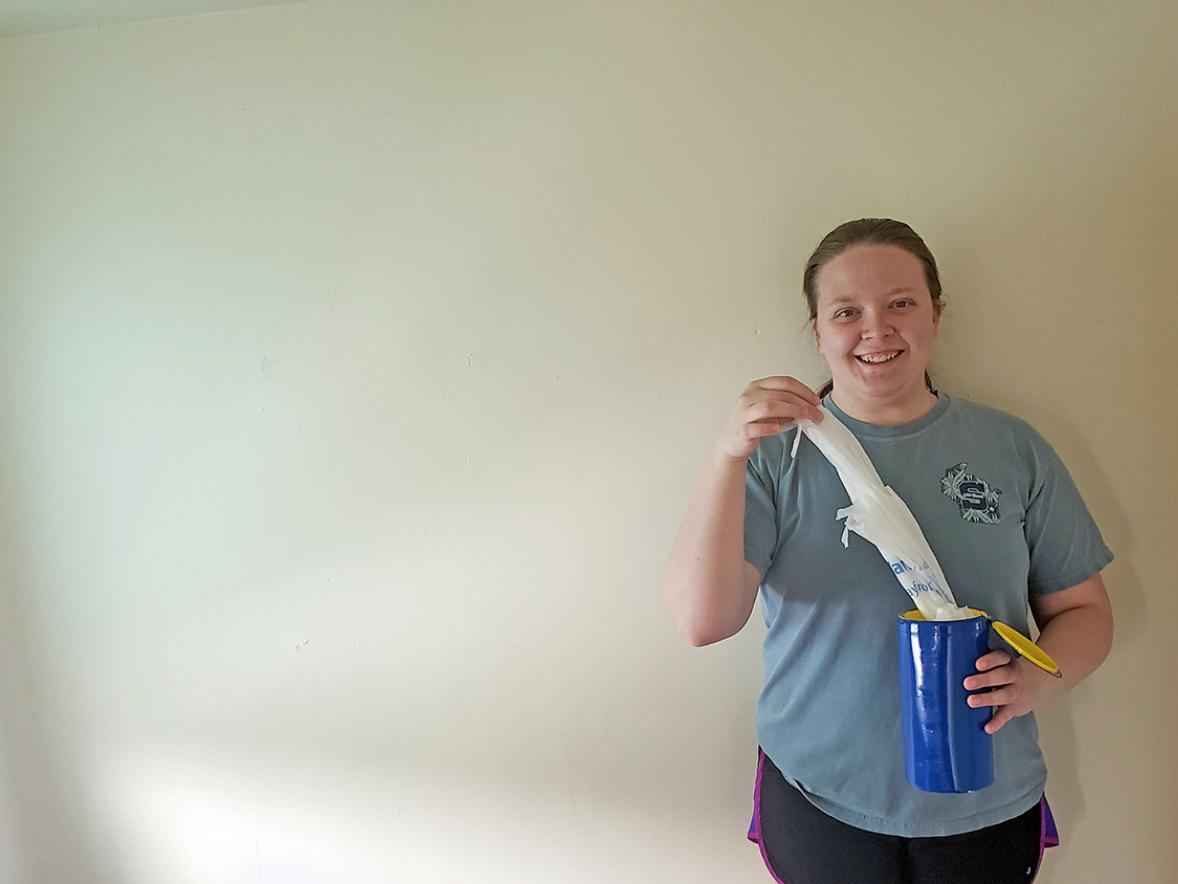 Earth Week, with how-to videos and resources, to be celebrated virtually April 20-24

University of Wisconsin-Stout senior Kadi Wright knows students are adjusting to alternative ways of learning this semester but wanted to make sure they had the
April 19, 2020
June 4