A University of Wisconsin-Stout team took first place Feb. 1 at the state qualifier of the Collegiate Cyber Defense Competition in Madison.

It was the first time UW-Stout participated in the event. The team advances to a regional competition at Moraine Valley Community College in Palos Hills, Ill., Friday, March 13, and Saturday, March 14.

The state competition, hosted by Madison College at the Truax campus, included 40 students from five schools. 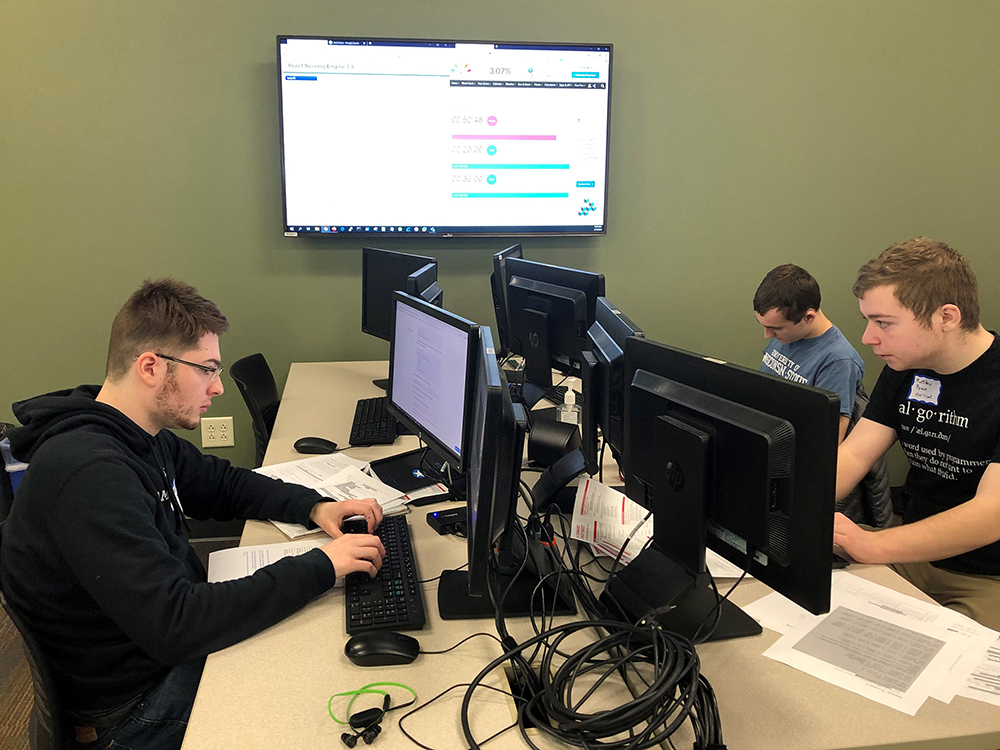 Competitors were given mock business networks and tasked with defending those networks from eight hours of simulated hacks. The hacks were orchestrated by a team of cybersecurity professionals whose strategies were based on real world events.

Teams were scored on their ability to detect and respond to outside threats, maintain availability of existing services such as mail servers and web servers, respond to business requests such as the addition or removal of services, and balance security needs against business needs.

“The competition is a scenario where we have been hired as network and security administrators for a small company and we will be taking over the information systems,” said UW-Stout co-captain Christina Kimball. “The team has to lock down the system to make it as secure as possible, while also having to complete tasks, called injects, that are sent out periodically. The team has to accomplish all of the injects and keep the red team, which is trying to break into our system, from getting in.”

“I am very proud of this cross-disciplinary team,” Yuan said. “The team members are from different programs with diverse skillsets. The Collegiate Cyber Defense Competition has been praised by both the private and public sector for bringing the worlds of operations and education together in order to better prepare our graduate for the future.”

Kimball, a first-year computer networking and information technology major from Dousman, said the competition was difficult because the 11 team members didn’t know what to expect.

“I was surprised that we won because it was our first year going, and we were really looking at it as more of a learning experience for us,” Kimball said.

Collin Moon, of Appleton, a senior majoring in CNIT, said the competition tests students’ technical abilities, their ability to identify task priorities and time management. “Our team prepared by practicing weeks in advance, testing our strategies and developing security solutions that would allow us to defend against the threats that could exist within the services that we are protecting,” Moon said.

“I was extremely excited to hear our team to be named to go onto regionals. I was blown away at each of our team member’s vast knowledge backgrounds and our ability to cohesively work together as a team. I think what made us strong was our ability to openly share knowledge and resources to help improve our team strategy as a whole. We formulated a game plan of how we would approach the tasks ahead of time and utilized our time-management skills effectively to keep ourselves on track,” Moon said. 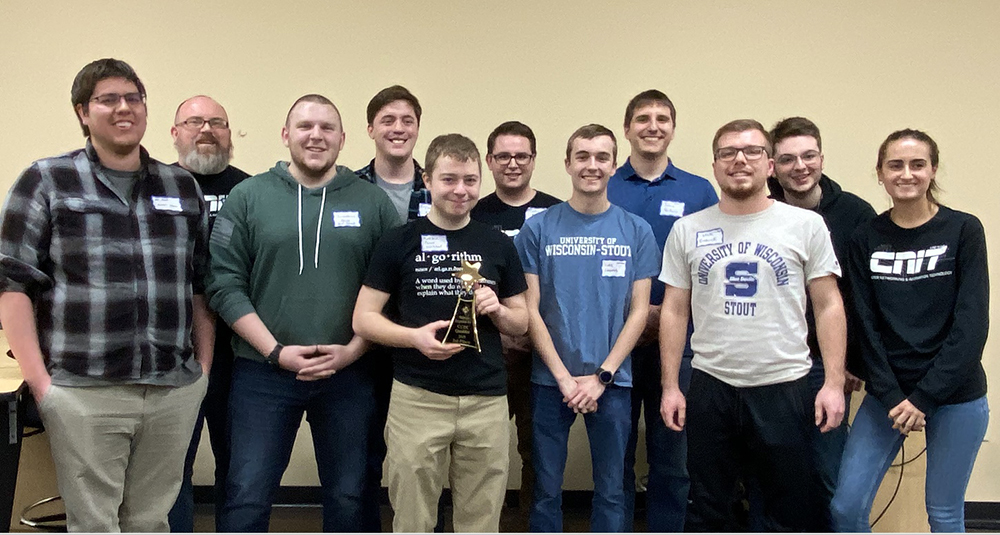 Student team members in addition to Kimball and Moon included:

The first Collegiate Cyber Defense Competition was held in April 2005 at the University of Texas at San Antonio. The competition is unique that it focuses on the operational aspects of managing and protecting an existing network infrastructure.

UW-Stout received a U.S. Department of Defense federal grant totaling $305,834 in the fall to be used for a regional cybersecurity symposium and for three $35,000 student scholarships this school year.

The Wisconsin and Minnesota College Cybersecurity Symposium, scheduled Thursday, April 23, in the Memorial Student Center, will have a keynote speaker from the National Security Agency, hands-on cloud security labs, panel discussions, student projects demo and fast-pitch presentations from instructors. The symposium is the first of its kind in Wisconsin and Minnesota.

In 2017 UW-Stout was named a Center of Academic Excellence for Cyber Defense, the first in the UW System. The designation helps higher education institutions with computer-related programs prepare the U.S. against cybersecurity threats.

UW-Stout has a Bachelor of Science program in computer networking and information technology along with many scientific, technical and managerial disciplines related to cybersecurity. They include the bachelor’s and master’s programs in information communication technologies; applied mathematics and computer science; computer science; professional science master’s in industrial and applied mathematics; and computer and electrical engineering.

The team worked together during a simulated hack situation, protecting networks. 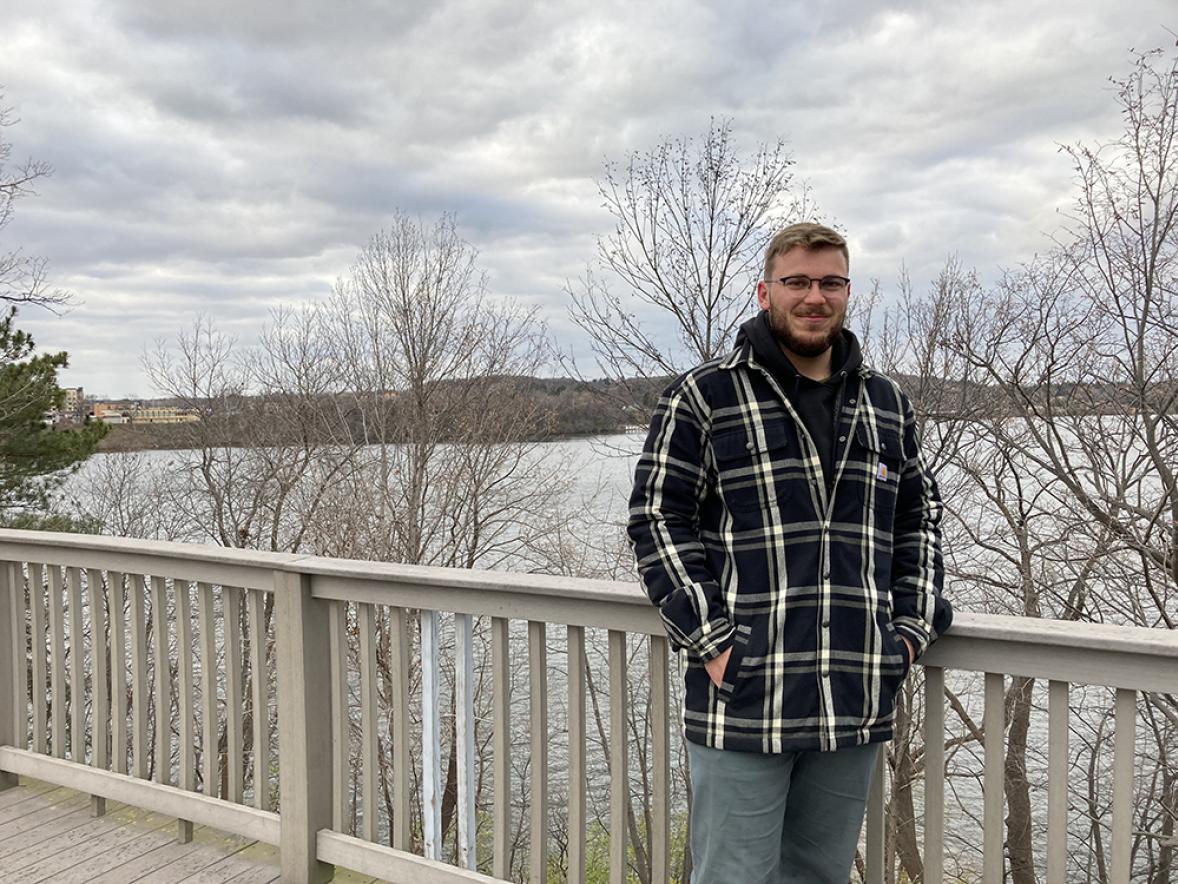 A University of Wisconsin-Stout senior discovered the Lakebank Nature Trail near downtown Menomonie in 2018 at his first-year orientation when he was walking th
December 6, 2021 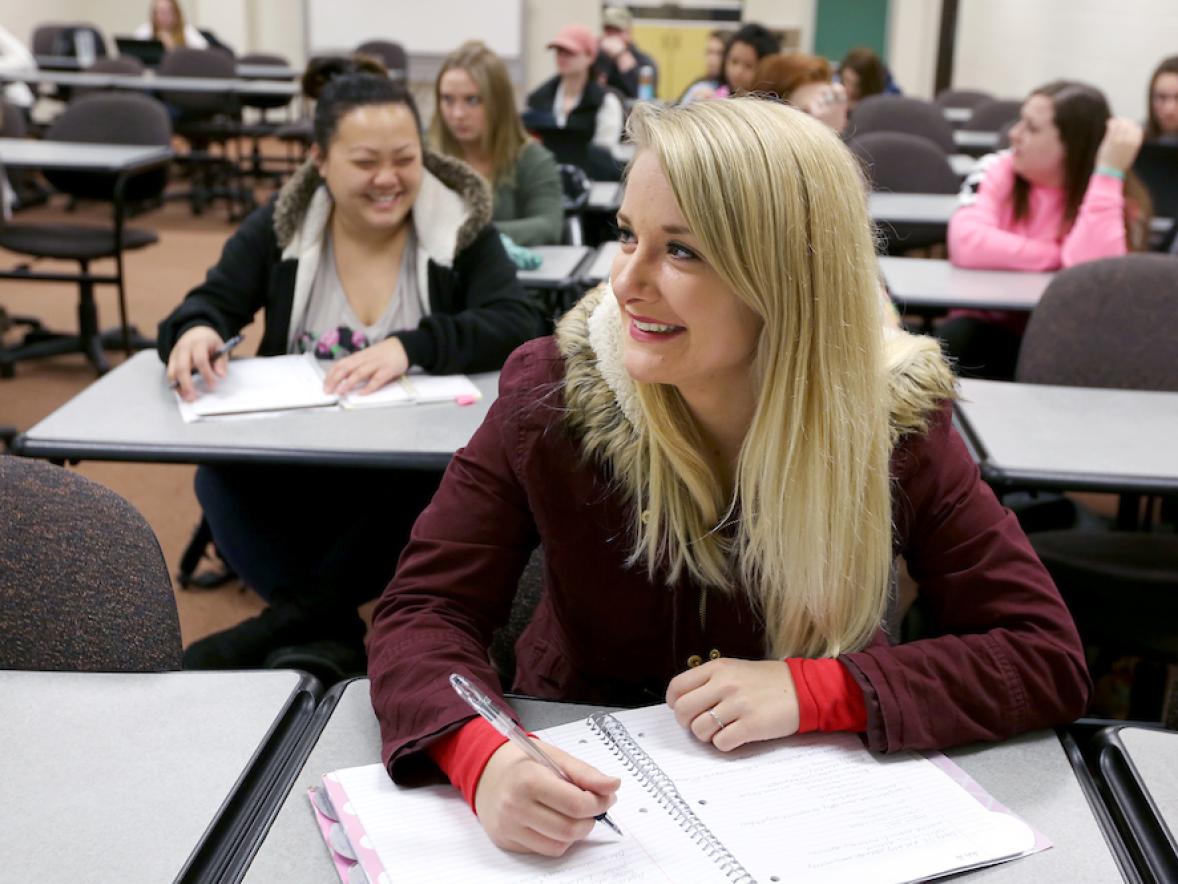 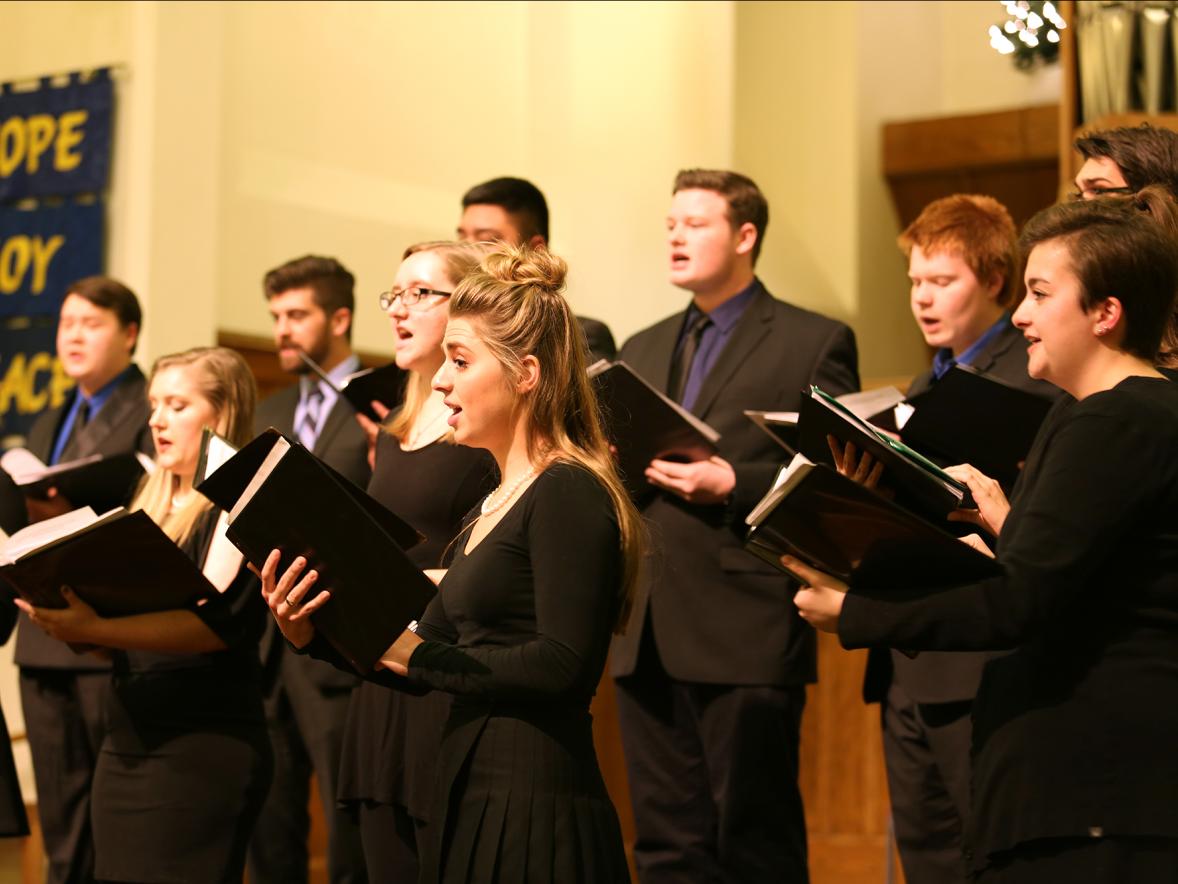 The two main student music groups at University of Wisconsin-Stout are set to present their winter concerts.
November 23, 2021