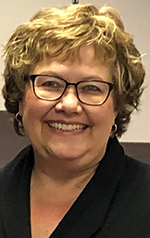 A University of Wisconsin-Stout student teacher supervisor in the areas of family and consumer sciences and health has received a statewide award.

Cindy Quilling, of Menomonie, recently was named the Wisconsin Association of Family and Consumer Sciences 2018 Leader of the Year at the organization’s annual conference in Wisconsin Dells. The award identifies and honors family and consumer sciences professionals who have made significant contributions to the field through their involvement with the American Association of Family and Consumer Sciences and the WAFCS.

The organization provides leadership and support for professionals whose work assists individuals, families and communities in making informed decisions about their well-being, relationships and resources to achieve optimal quality of life, according to its website.

“It is obviously such an honor,” Quilling said. “I was surprised at the nomination.”

Quilling has worked at UW-Stout, in the School of Education, as student teacher supervisor since 2013. She previously was a Menomonie Middle School family and consumer sciences teacher for 32 years. She has her bachelor’s degree in home economics education and master’s degree in vocational education from UW-Stout.

Quilling said she loves working with students. “I really believe what we offer students helps their personal growth and future families,” Quilling said. “It’s the larger question of what we need to help children understand their role in their own personal health.” 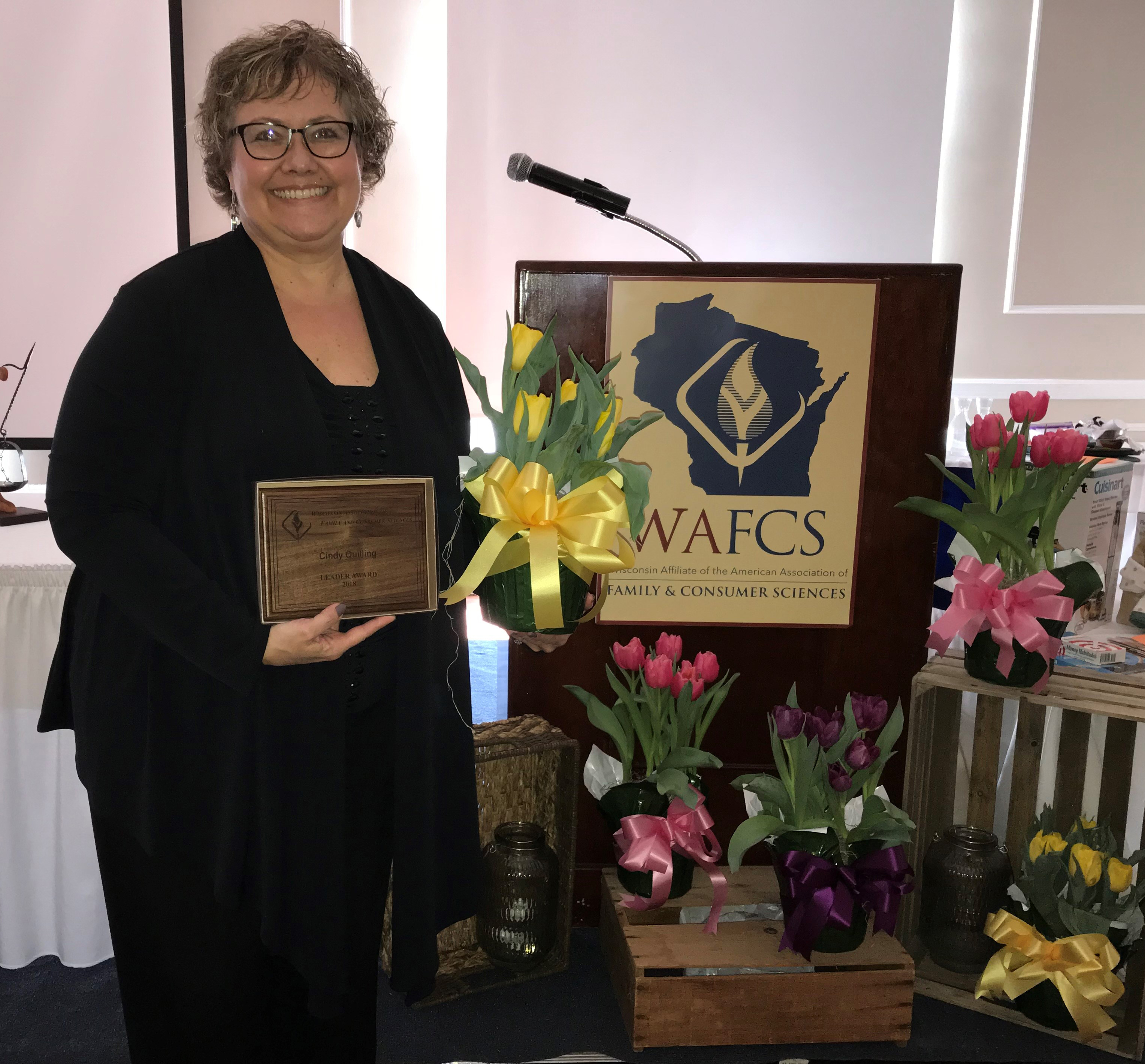 Professor Emeritus Carolyn Barnhart, the WAFCS vice president of awards and recognition who worked on Quilling’s nomination with other WAFCS members, said the award identifies and honors family and consumer sciences professionals who have made significant contributions to the field through their involvement with WAFCS and AAFCS.

“Cindy is a valued member and mentor in WAFCS,” Barnhart said. “She is a role model for her colleagues. She is an advocate for family and consumer sciences. The members of WAFCS are proud of her accomplishments and her leadership through service.”

While teaching in Menomonie, Quilling chaired various school committees, including the Career and Technical Educational Committee for eight years. She served as adviser to more than 1,000 students in the Family, Career and Community Leaders of America, a national student organization that helps young men and women address personal, family, work and societal issues.

Quilling, a native of Maynard, Minn., and her husband, Dale, have two grown children.

She also has had numerous community leadership roles, including:

As the state winner, Quilling will be in the running for AAFCS national Leader of the Year in 2019.

Cindy Quilling, UW-Stout student teach supervisor in the areas of family and consumer sciences and health, received the 2018 Leader of the Year from the Wisconsin Association of Family and Consumer Sciences. 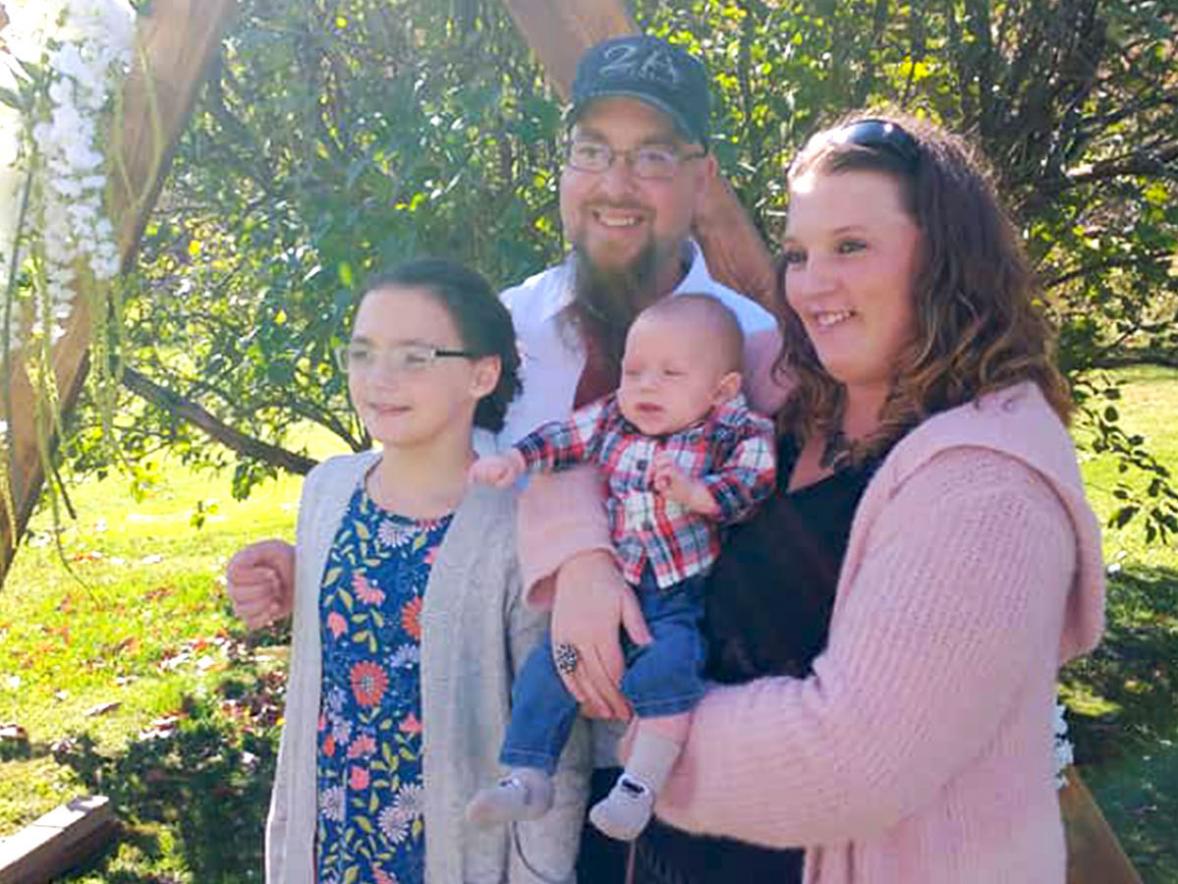 Veteran wants to give back, seeking online psychology degree in new program 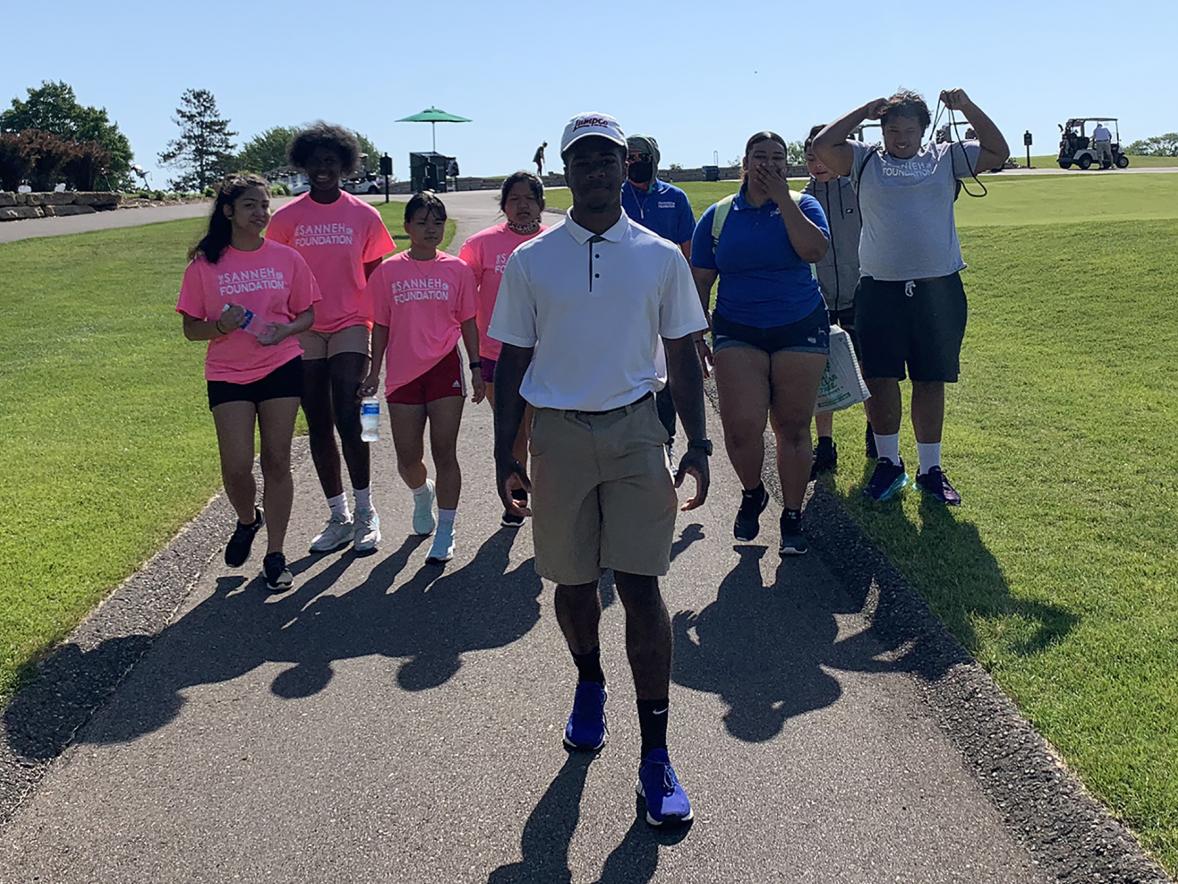 An alliance between UW-Stout’s hospitality programs and a nonprofit organization could open the door to a college education for historically underserved youth.
March 1, 2021