University’s longest-serving chancellor, 1988 to 2014, dies in Florida at age 77
UW-Stout Chancellor Emeritus Charles Sorensen speaks at a commencement ceremony. His legacy is one of progress and growth. / UW-Stout photo

Charles W. Sorensen’s tenure as chancellor of University of Wisconsin-Stout will be marked in institution history as a time of strong leadership, historic progress and impressive growth.

Sorensen, who passed away Friday, Feb. 23, in Florida at the age of 77, directed myriad transformative changes while strengthening the university’s historic and core missions of applied learning and career training during his 26 years as chancellor.

While he was chancellor, the number of academic program offerings more than doubled, with key additions in the areas of engineering, science and art; the physical campus was modernized and grew, with 14 new, expanded and renovated buildings; and the university received national recognition with the Malcolm Baldrige National Quality Award.

“Nothing that has been accomplished during my time here has been done alone; it took working shoulder-to-shoulder with the entire campus community,” Sorensen said in “An Idea Comes of Age: UW-Stout, 1891-2016,” a book that was published for the university’s 125th anniversary. “Surely we have established a clear vision of what this already excellent university can become: a premier polytechnic university.”

The changes that occurred under Sorensen’s leadership cover nearly all aspects of university operations. They included:

Sorensen was born Jan. 21, 1941, in Audubon, Iowa. He grew up in Moline, Ill. After attending Black Hawk Community College, he graduated in 1964 from Augustana College, in Rock Island, Ill., with a bachelor’s degree in in history and political science.

He then earned a master’s degree in history in 1967 from Illinois State and a doctorate in American history in 1973 from Michigan State University.

He began teaching in 1970 at Grand Valley State in Allendale, Mich. He eventually was named history department chair, assistant dean and dean. In 1981 he attended Harvard University Institute for Educational Management.

In 1984, Sorensen was named vice president for Academic Affairs at Winona State University in Winona, Minn. While at Winona State, Sorensen pushed for the addition of an engineering degree program.

At UW-Stout, where he was inaugurated May 6, 1989, he also pushed for an engineering degree program, which was coupled with a capital campaign and renovation of Fryklund Hall. After approval from the UW System, the manufacturing engineering program, the first in Wisconsin, was launched in 1994.

UW-Stout has expanded to four engineering programs, adding computer, plastics and mechanical, and in 2017 dedicated the Robert F. Cervenka School of Engineering.

Administratively, Sorensen initiated a new campus governance process in May 1996, the Chancellor’s Advisory Council, which includes representatives from all campus constituencies.

The change was in direct response to severe criticism Sorensen faced that spring about his leadership, leading to a vote of no-confidence by the Faculty Senate. Faculty were especially upset that Sorensen had not vetted a proposal to seek charter school status, meaning UW-Stout would be independent of the UW System and have its own board while still receiving state support.

Also in response to the vote of no confidence, Sorensen created the Office of Budget, Planning and Analysis in 1996 to help provide objective data for campus initiatives and handle capital planning, institutional research and the budget.

As a result of the no-confidence crisis, Sorensen’s decision to delegate power helped UW-Stout emerge as a stronger institution. “We now have systems of leadership distributed among all campus groups. Formal team building is a key component to our leadership system. I relinquished power to gain authority, respect and influence,” he said. 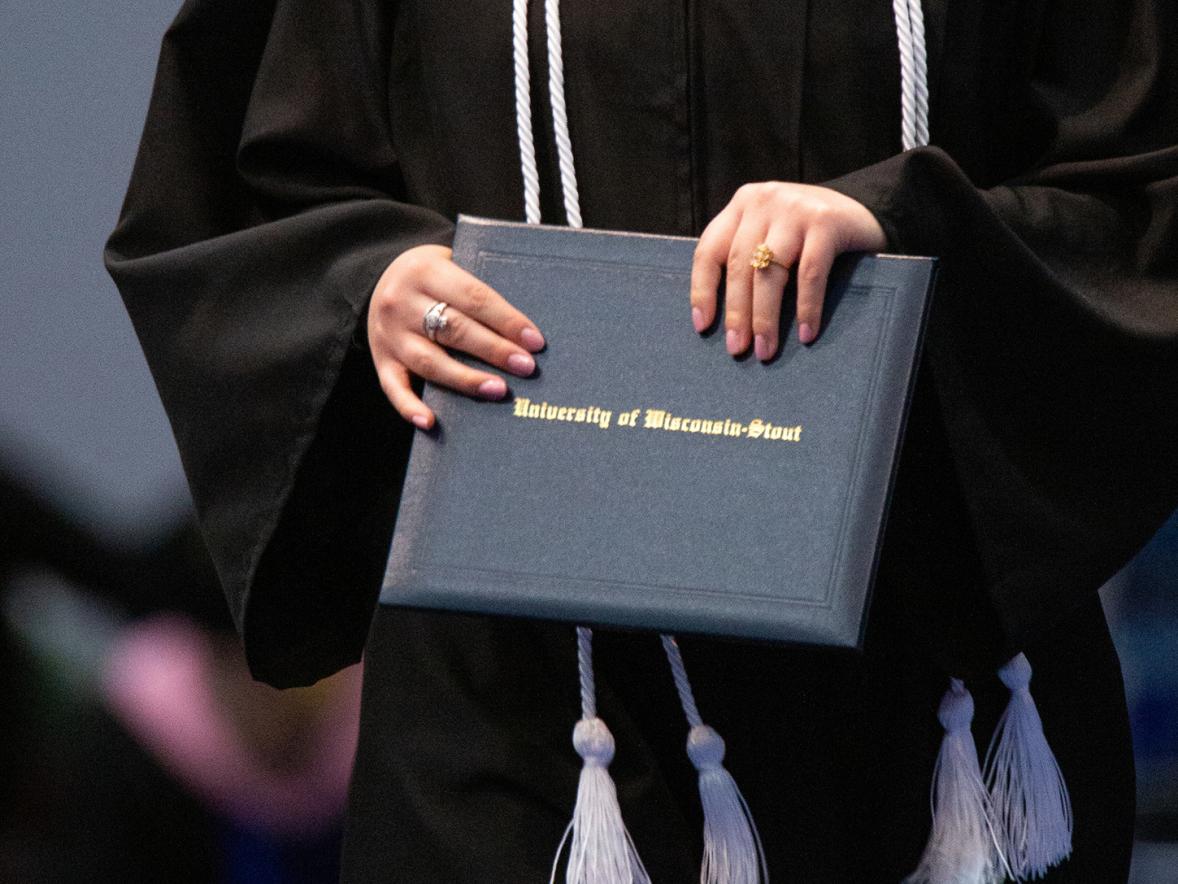 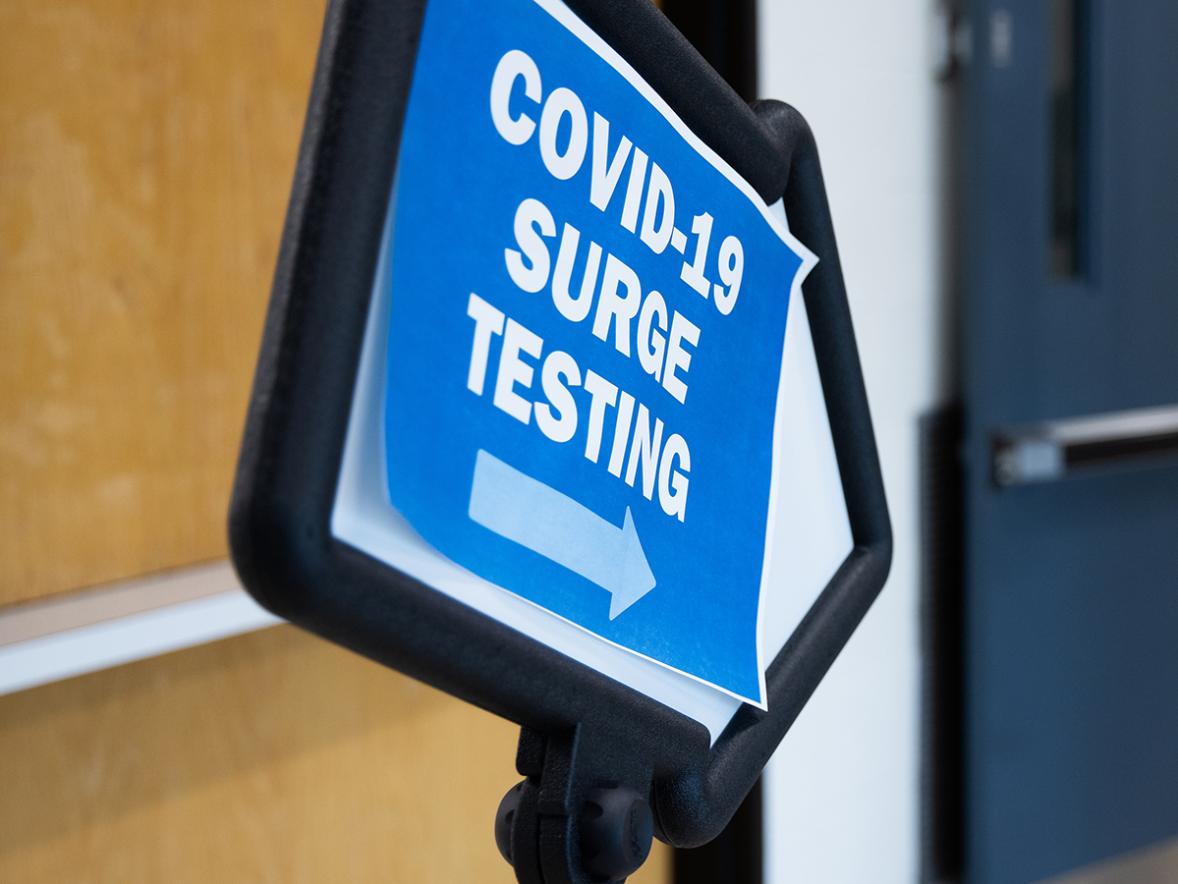 Community members are reminded to take the necessary steps to reduce the spread of the COVID-19 virus during the holidays.
December 15, 2020