For the third straight year and fourth in the last five, University of Wisconsin-Stout students have won a computer network design national competition.

The conference, the 21st annual, drew 456 students from 61 colleges and universities. Competition was held in 12 categories.

It was Wolf’s second straight network design title. Last year, he won with a different teammate. UW-Stout students also won in 2014, 2012 and 2007.

Along with the first place by Wolf and Schmidt, UW-Stout’s Corey Schoff, of Ripon, and Nathanael Satnik, of Altoona, took third place.

In the network design contest, 36 teams competed. Second place went to Texas State while the University of Iowa received an honorable mention.

Wolf said he and Schmidt, both seniors, were well-prepared for their contest challenge, which was to write a proposal for a new network for Progressive Insurance, the contest’s sponsor.

“(Progressive) asked us to be creative with the design and incorporate new and upcoming technologies,” Wolf said. “We made sure to meet each one of the requirements Progressive put forth for us.

“We came in with a plan and trusted each other. Dan has more of a focus on the server side, while I focus on the networking side current and future needs. We needed knowledge in each area,” Wolf added.

After the competition, Progressive representatives discussed company job opportunities with Wolf and Schmidt, but both already have accepted full-time positions with Marshfield Clinic Information Services in Marshfield after they graduate Saturday, May 7.

“We take a network design class that perfectly lines up with what we do at the competition. Other classes in our program teach us the different technologies and how they work. Our schooling has made the conference not seem too daunting of a challenge,” Wolf said.

Holly Yuan, the Bachelor of Science CNIT program director, is the students’ adviser.

From left, UW-Stout students who placed in a national computer network design contest are Nathanael Satnik and Corey Schoff, third place; and Dan Schmidt and Brandon Wolf, first place. They hold their trophies in a computer networking lab in Fryklund Hall. 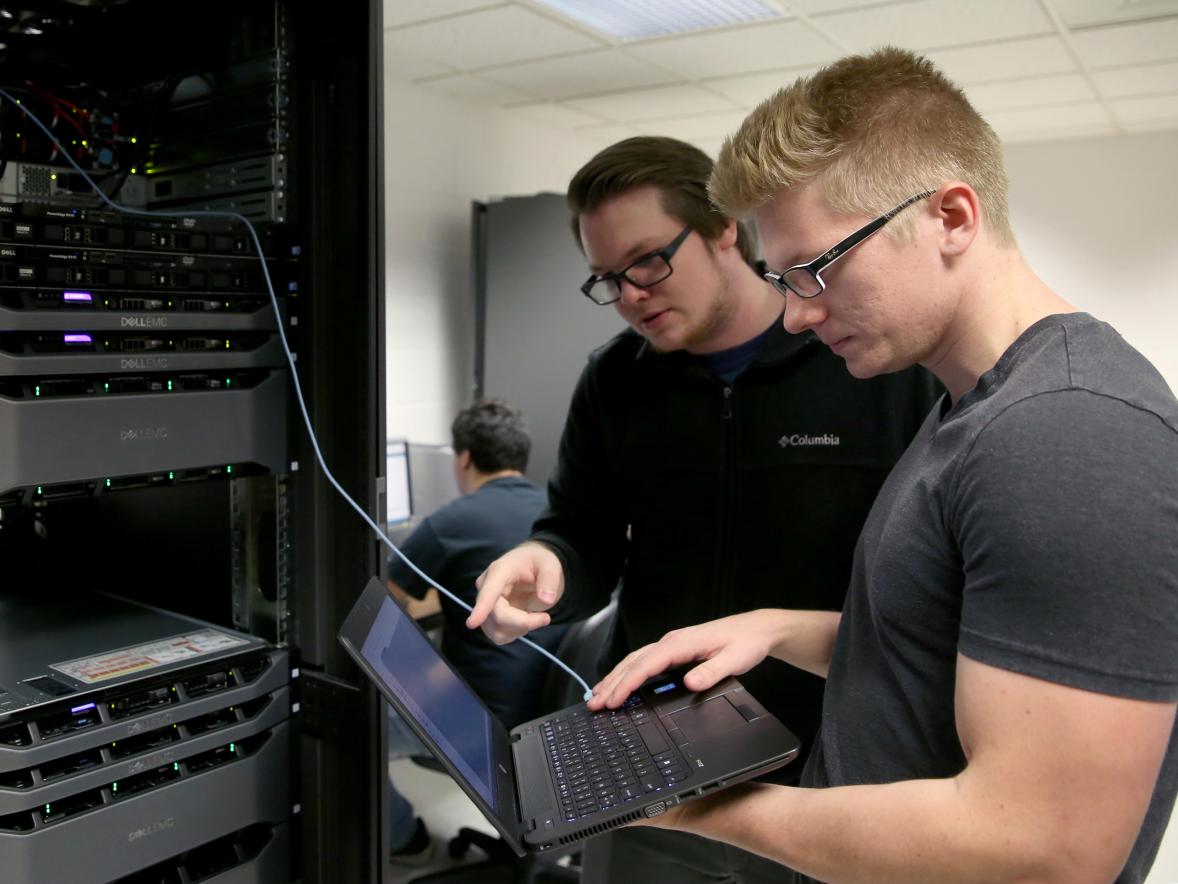 Cybersecurity has become an issue of personal, national and international concern. UW-Stout is ready to help.
April 17, 2022 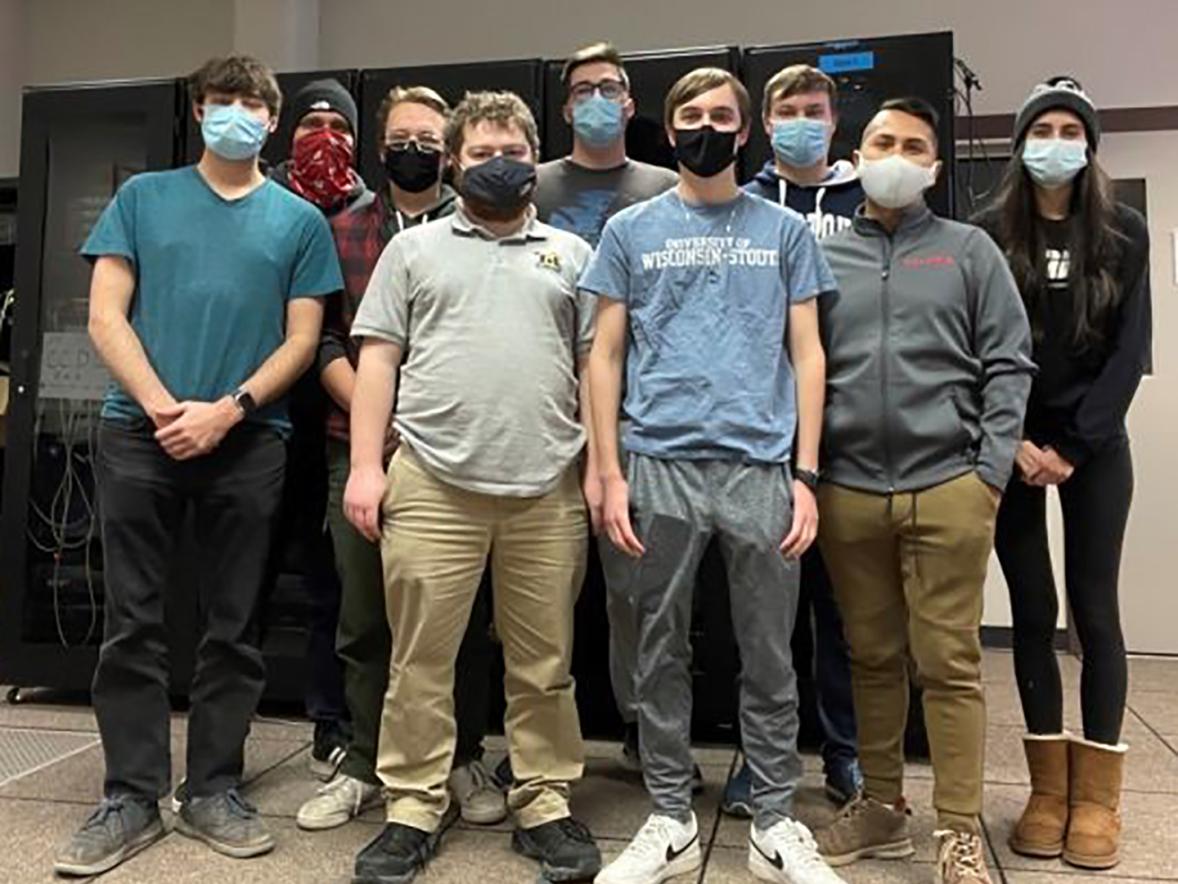 Nine students from UW-Stout fended off hours of cyberattacks to win a statewide cybersecurity event and place high in the Midwest regional.
April 1, 2022 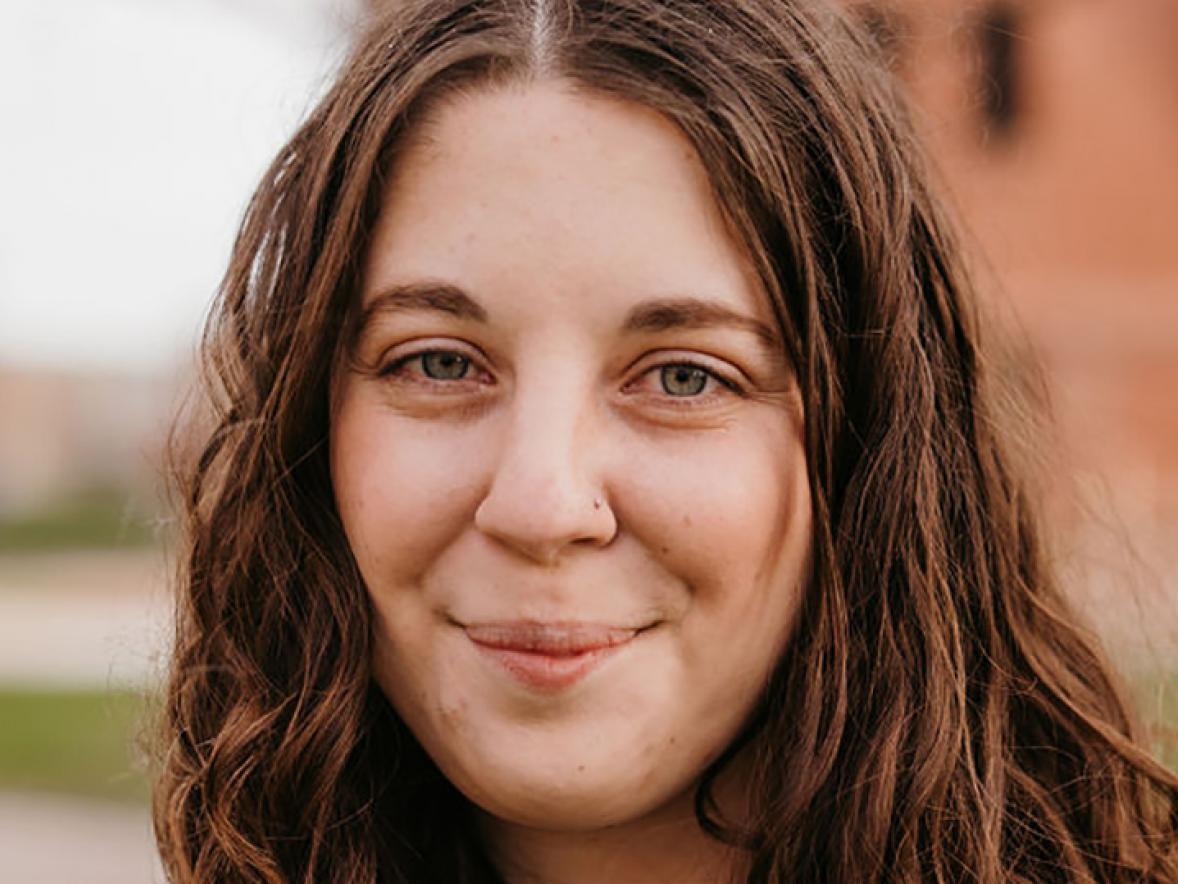 Abi Gardiner became the first in her family to receive a bachelor’s degree when she graduated May 8 from UW-Stout.
May 20, 2021