Art professor stands out during popular national competition in his native country
Assistant Professor Tim Tozer talks in his Drawing 1 course at UW-Stout.

As an assistant professor of art at UW-Stout for the past 13 years, Tim Tozer has spent many an hour in the classroom observing and commenting on the work of his students.

The professor, who has exhibited his art in five U.S. states and in the United Kingdom, put himself in his students’ shoes recently. He opened up his own creative process for critique when he appeared on one of the U.K.’s most popular reality shows: Portrait Artist of the Year. Except the stakes were a bit higher: professional judges, television cameras and eventually an audience of six million people.

One of 63 artists chosen out of more than 2,000 applicants, he won one of the opening rounds of competition and advanced to the final eight, making the experience in his home country a memorable one. “I don’t see myself as a champion painter now, but it’s nice to know your work speaks to more than just the few people you know. It gives you confidence to keep pushing,” he said.

The ninth season of the Sky Arts program, filmed last spring, aired this fall in the U.K. Tozer appears in the episode three elimination heat and the episode 8 semifinal with competing artists, who had to be U.K. natives and were required to paint a portrait of a sitting celebrity subject from scratch in four hours.

Tozer, born in Portsmouth, England, had watched the show for years and always thought he’d like to give it a try. He teaches Drawing I and II, which have elements of portraiture, at UW-Stout and is director of the studio art undergraduate program.

“I had no expectation of getting on the show but thought I’d throw my hat in the ring and see what happened,” he said, recounting how he submitted a self-portrait as part of the application process, received a call from the show, was interviewed and subsequently invited.

In Tozer’s first round, he painted a subject he was familiar with, Graham McPherson, also known as Suggs, lead singer for the British 1970s-1990s pop band Madness. While Tozer wasn’t totally pleased with the final product — he’d have tweaked the face with more time — he showed delight when making the cutdown from eight to three and then being named the heat winner. “I was stoked to win one of the heats. It felt great.”

In the midst of the spring semester at UW-Stout, he had to book another flight to England for the semifinal. It was held in London’s Battersea Arts Centre Grand Hall where everyone painted British singer Rebecca Ferguson, who took a seat looking royal in a green, sequined gown with a gold, purple and blue backdrop.

Cameras, including a time-lapse above each artist, recorded their every brush stroke as judges moved around the room, talked with them and discussed their progress. Like in the first round, Tozer also had family in the small audience.

One judge commented that Tozer, whose portrait of Ferguson for a while seemed a jumble of brush strokes, was struggling. Tozer said it was true in a sense because he didn’t like the colors of the set and Ferguson was about 25 feet away.

However, he embraces struggle when he paints. “I think in a way the second painting was better because I didn’t know what I was doing quite as much. I don’t trust it unless I’m struggling a bit. It’s got to require something of me,” he said.

While some of the semifinalists worked from close-up photos on iPads that they took of Ferguson, Tozer painted what he saw — a figure more distant, one in which the face didn’t appear until the very end. With the head being quite small, he had to make some very accurate final brush strokes.

“I thought, my God, I’m splitting the atom here. I use quite big brushes,” he said of putting the final touches on the face. “It was kind of nice to keep everyone guessing until the end.”

Although he didn’t make the top three for the final show, he did leave with a bit of vindication. Ferguson was given her choice of one of the semifinalists’ paintings, and she chose Tozer’s. In the first round, McPherson also had his choice of the three (of eight) artists who painted him and chose Tozer’s.

Tozer enjoyed the collegiality of painting with a variety of other artists, seeing their creative processes, and the out-of-the-box challenge that turned a generally solo pursuit into a mini-art festival. The season 9 winner received a £10,000 commission ($12,150) to paint Sir Lenny Henry, an actor, singer and comedian, for London’s National Portrait Gallery.

“You’re doing a totally insane thing, painting a portrait in four hours on TV. To do it is enough, let alone to beat someone else. That was one of the best bits, meeting the other people. Everyone was extremely supportive. It was a good atmosphere, like the opposite of a competition,” he said.

With the show having aired, he’s hearing from old friends, has picked up many more followers on his Instagram account and accepted an offer to teach an art workshop next summer on the coast of England.

Tozer isn’t a portrait specialist. He also regularly does abstract paintings. After focusing on portraits before the show — including four-hour practice paintings of his son and daughter — during and after, he’s ready to take a break from them.

“I try to do two different things in my work so I don’t get stuck in any one. I don’t have to choose. That’s why I’m an artist, the freedom,” he said, adding that the processes of creating a portrait and an abstract piece aren’t as dissimilar as they seem.

He’s preparing new work for a Groveland Gallery show in Minneapolis in 2023, where he has art for sale, and is wrapping up work with his students in two sections of Drawing 1 this semester.

He calls painting “really fulfilling. There’s nothing I’d rather do.” He equally enjoys teaching art. “We have some amazingly talented students. I can throw them a crumb and they just run with it. I never get tired of it.”

Tozer earned a Master of Fine Arts in painting from the New York Academy of Art after receiving the prestigious Andy Warhol Scholarship. He has a bachelor’s degree in fine art from the University of Ulster at Belfast, Northern Ireland. 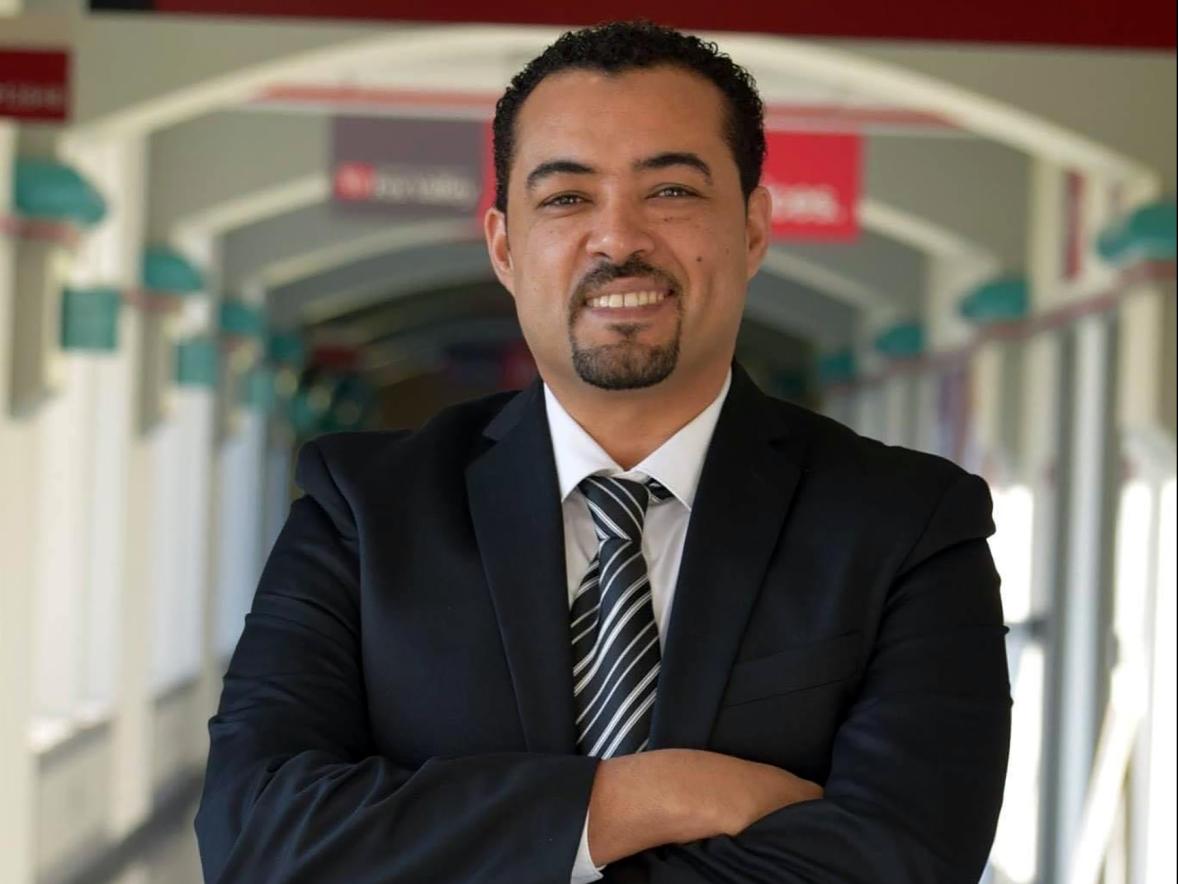 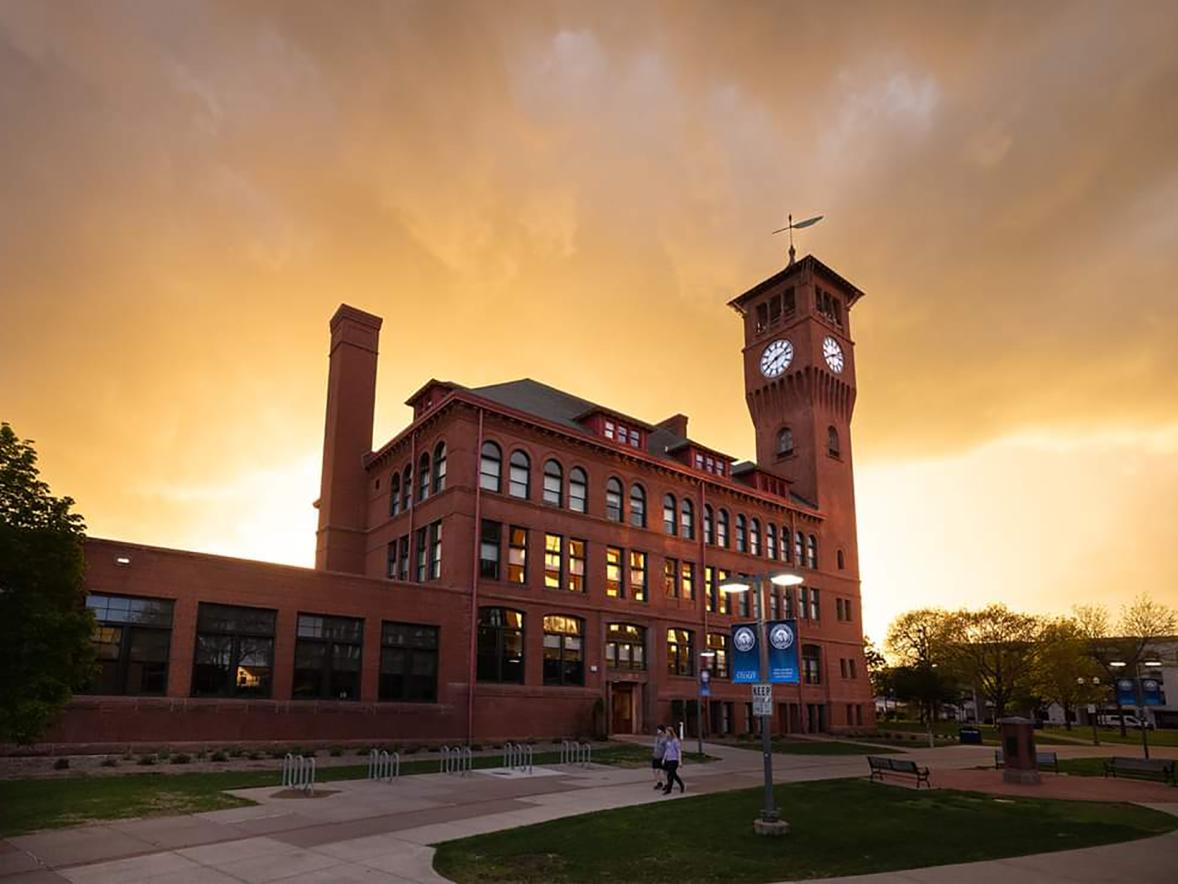 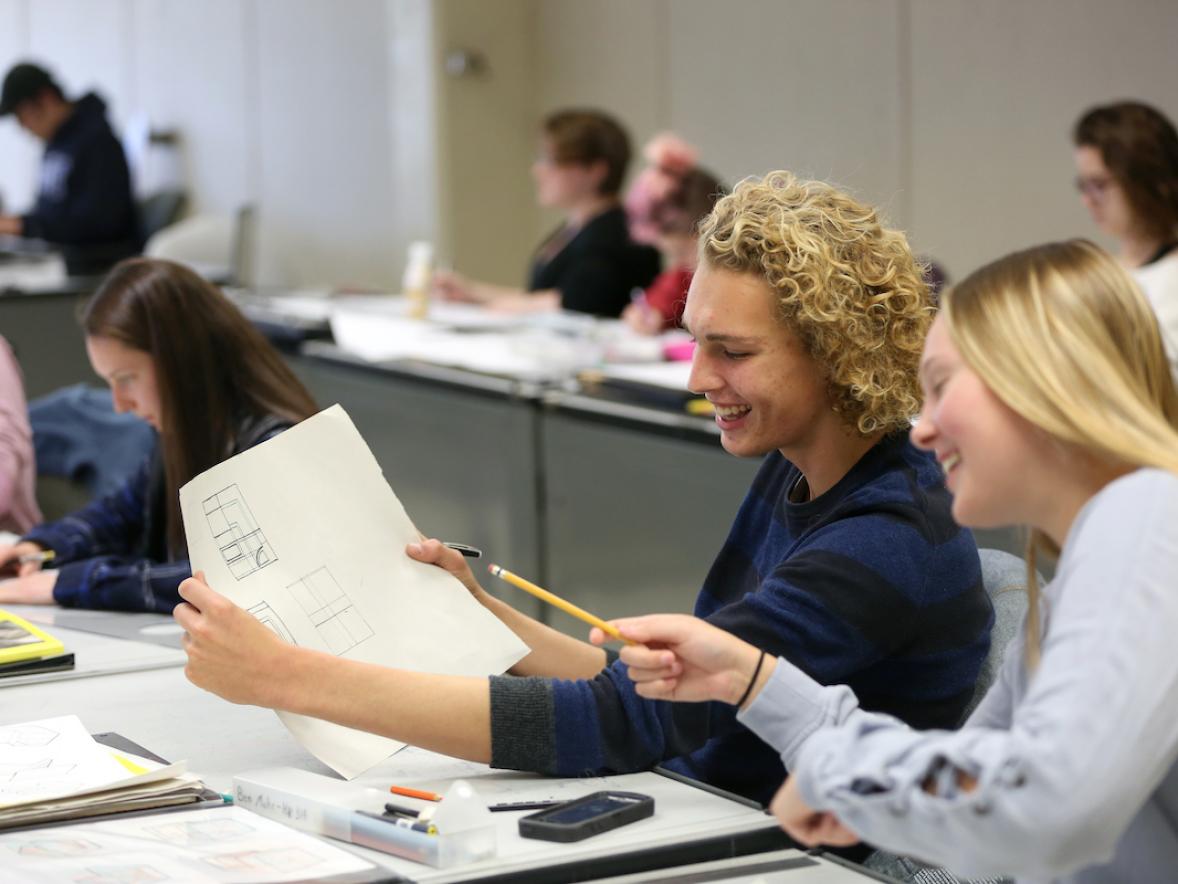